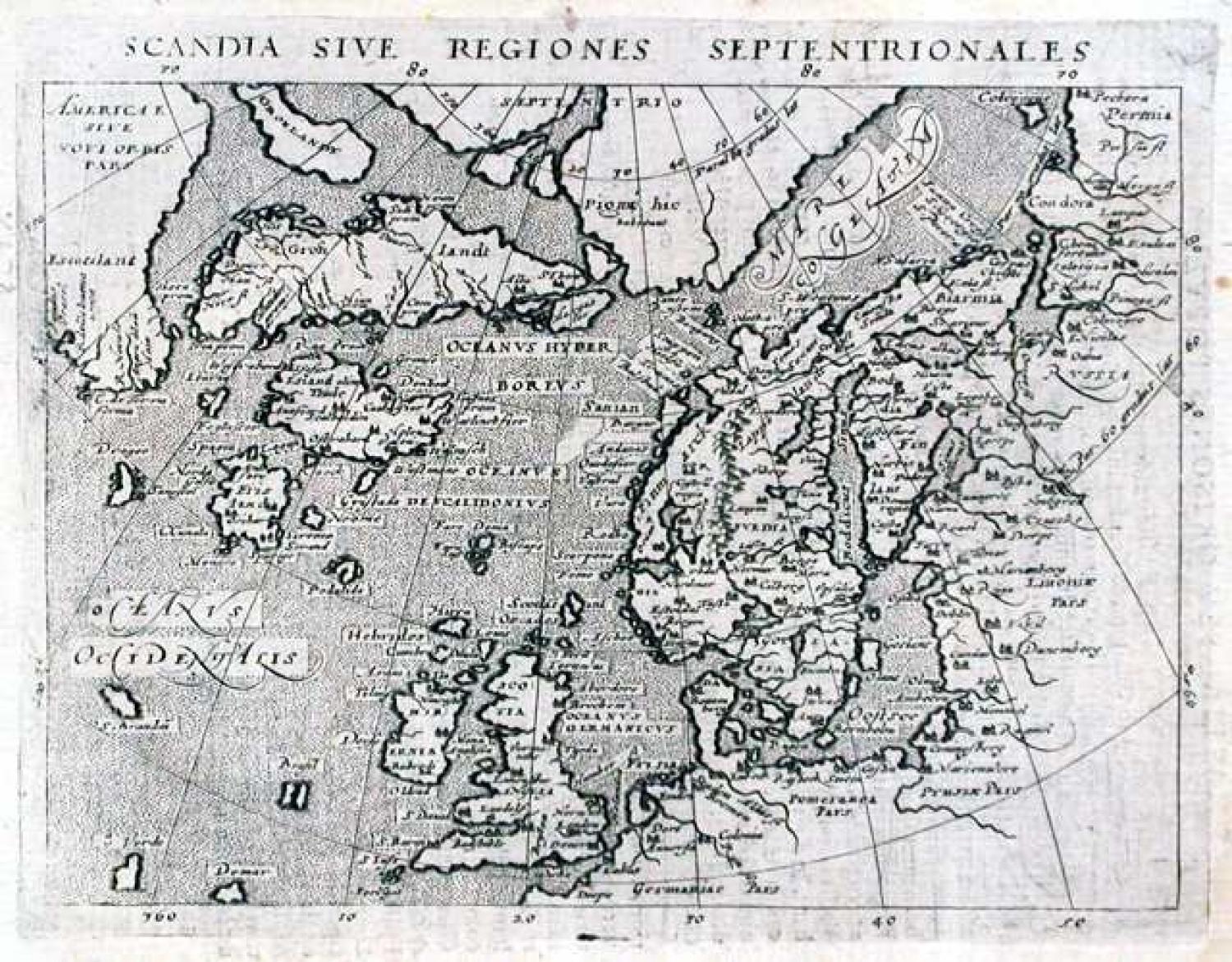 An interesting map of Scandinavia and the North Atlantic. Of special note is the depiction of part of the east coast of North America (Labrador? / Newfoundland?). The sea is filled with numerous fictitious islands such as Frisland, St. Brendan, Brasil and Demar. Text on verso.