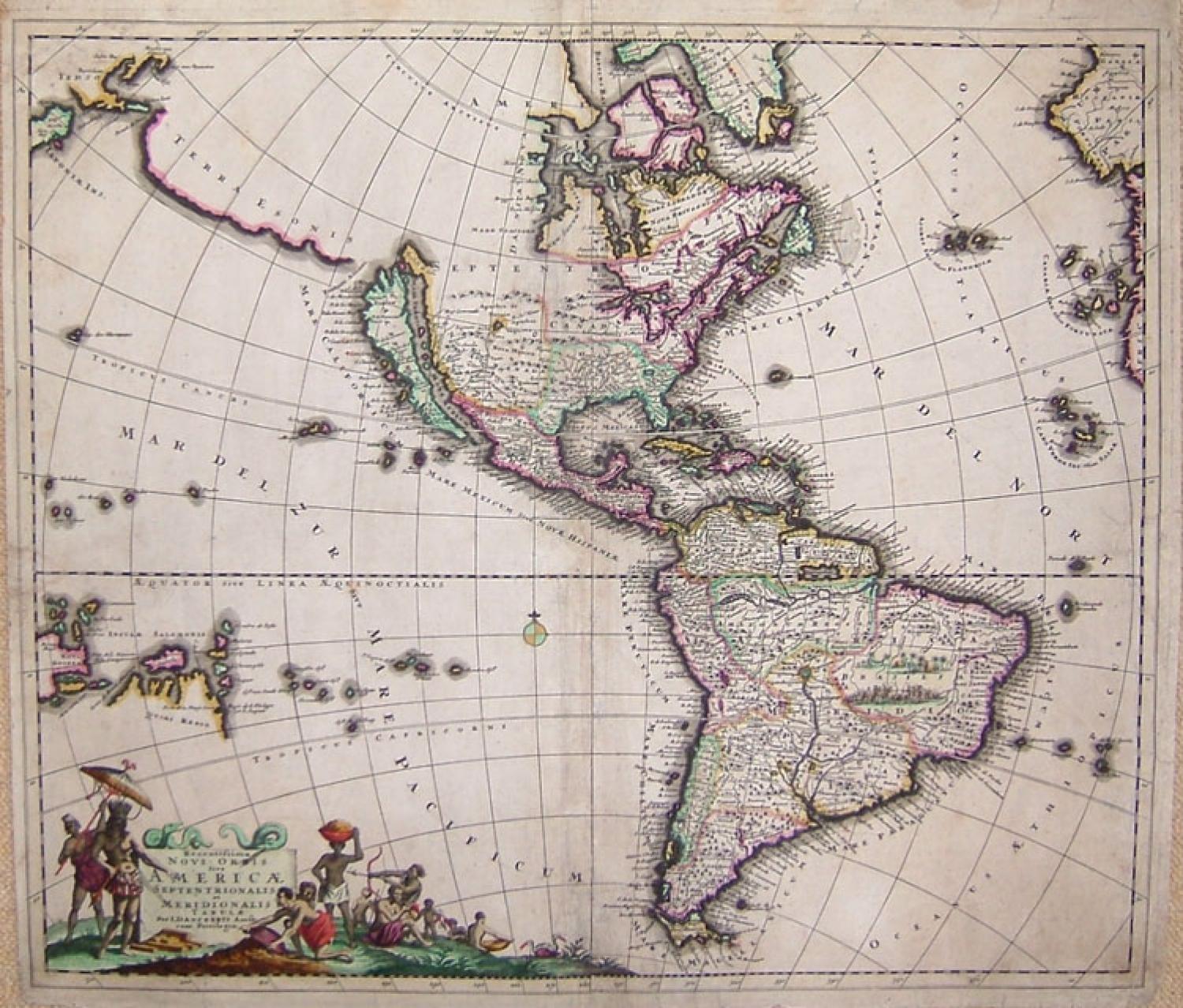 A rare variant of the famous Dankerts map of the Americas. California is shown as an island, based upon the Sanson model. The Great Lakes are shown with an open western coastline The Straits of Anian are shown, with no Northwestern Coast beyond 40 degrees. A mythical Terra Esonis is shown extending nearly to California. The seven cities of Cibola appear in the Southwestern US. The conception of the Mississippi River is still very vague and pushed far west of its true mouth. The large lake in the Southeastern US first seen on Le Moyne's map is still present. South America retains its excessively wide format. A hopeful extension from Button's Bay is shown portending a possible Northwest Passage. In Oceana, Quiri Regio foretells an early Australian coastline.

In very good condition with a couple of margin and centerfold repairs that have been professionally executed.