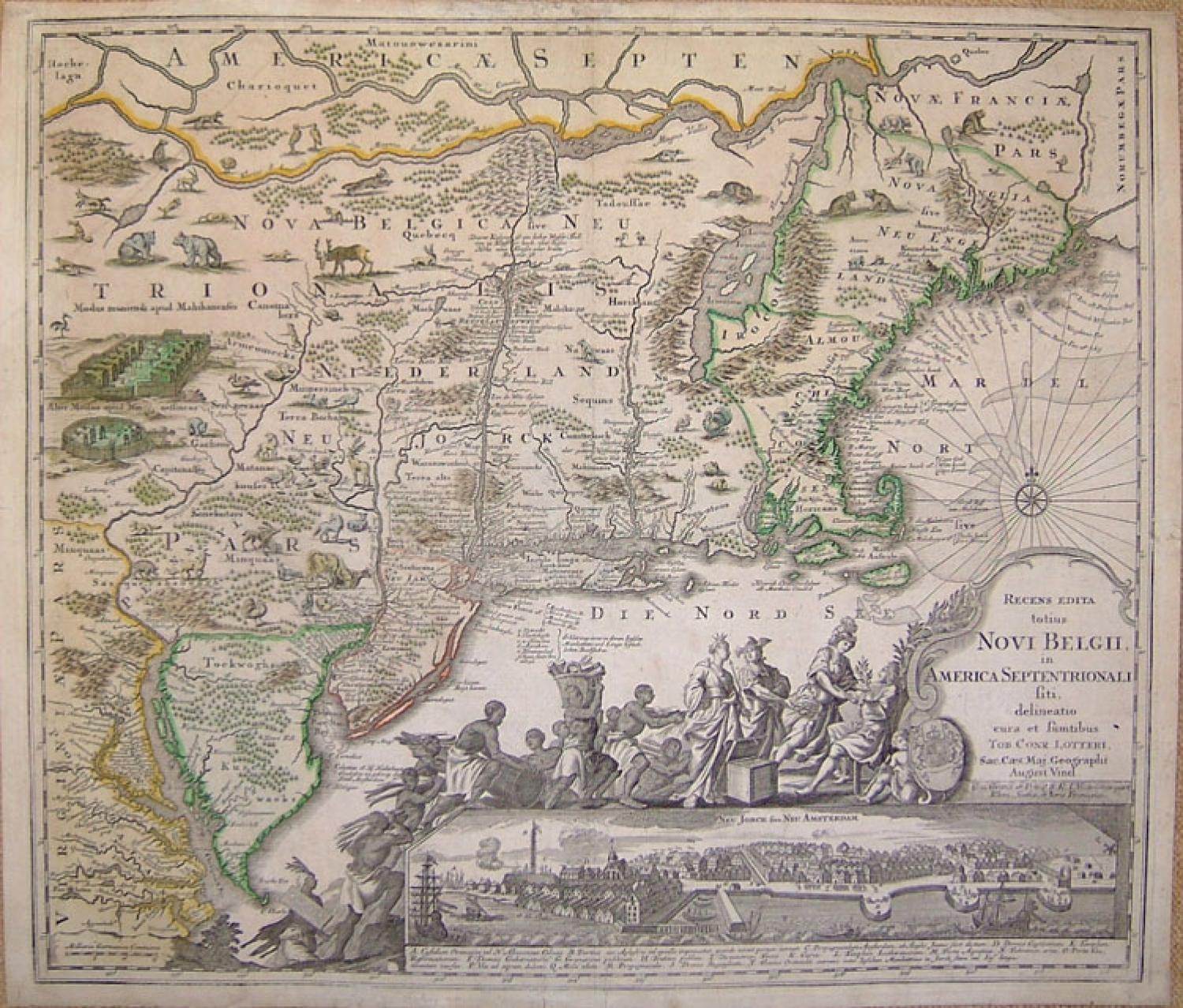 A spirited engraving, part of the Jansson-Visscher series, with the Restitutio view of New York City in the lower right, so-called for its dramatic depiction of the restitution of Dutch power in the City in 1673. Dutch soldiers can be seen marching along the quay on their way to taking the fort. The Dutch renamed the colony New Orange, but the restitution lasted only one year. In 1674 the English retook New Orange, named it New York, and held it until the American Revolution. The wall after which Wall Street is named is visible in the right side of the view. A monarch, possibly George II is being presented with the bounty of America atop the view. (Description by Fordham University Libraries).

The condition is very good with trimmed but ample margins, and small professional repairs in the lower right corner (just touching the neatline) and the top center margin.