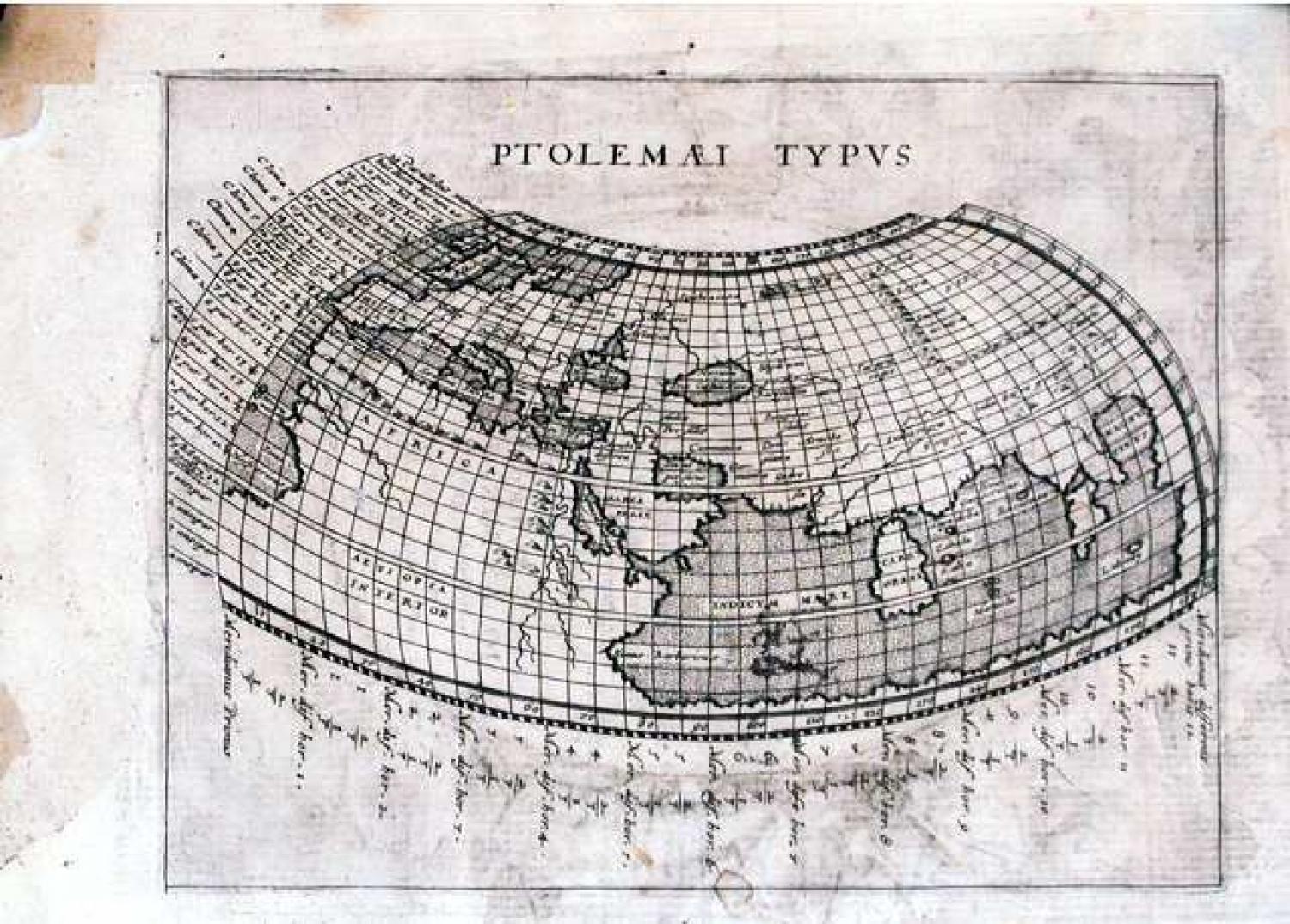 A Ptolemaic map of the ancient world showing the misconception of a land locked Indian Ocean. Based on the 1561 Valgrisi edition.
Ref: Shirley 201

The left margin has been strengthened with paper but the repair is outside of the neat line. There are three pin pricks - not affecting the text. Light soiling.