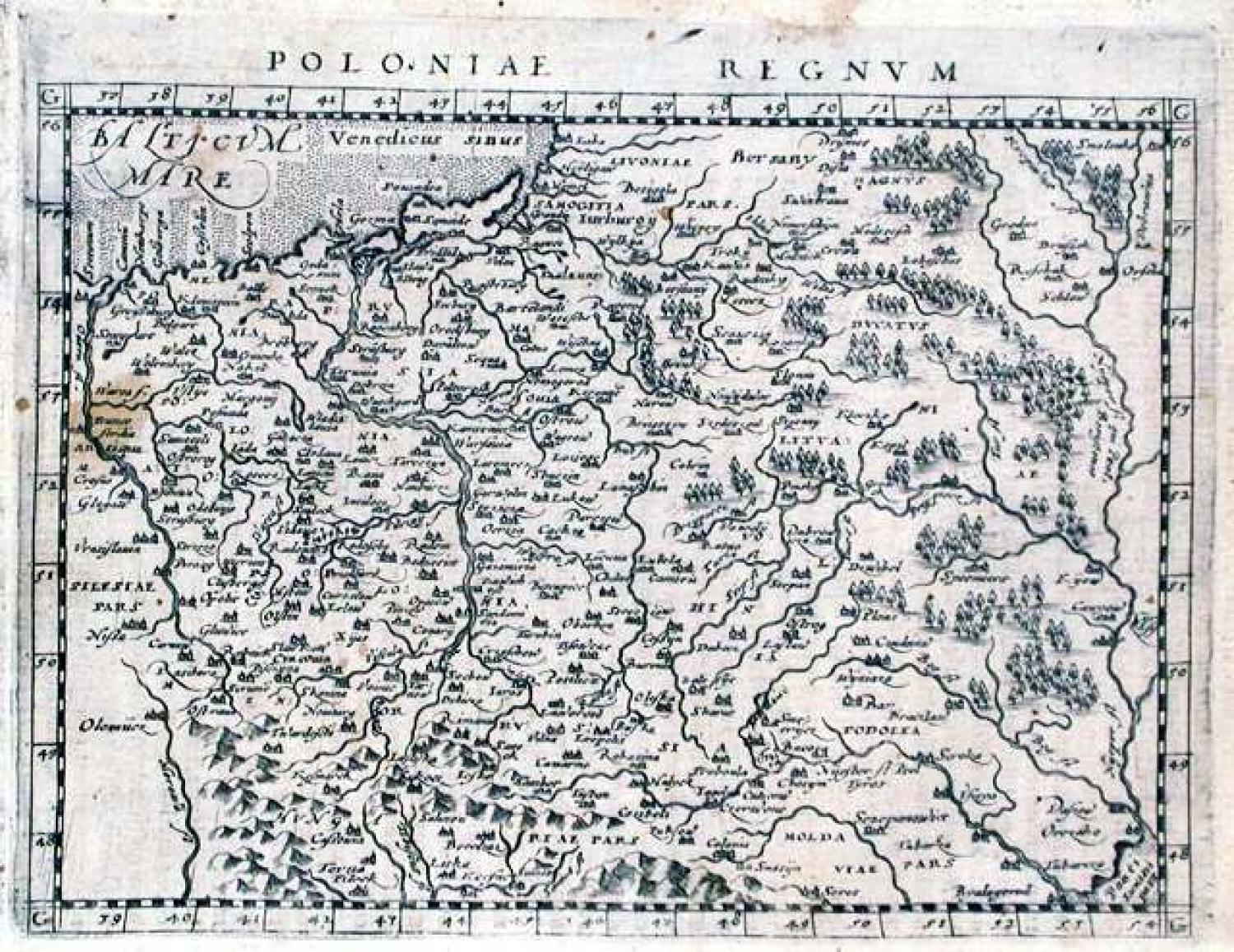 A detailed map of Poland, Lithuania and the Ukrain stretching from the Baltic Sea in the north to the Black Sea in the south. Text on verso.