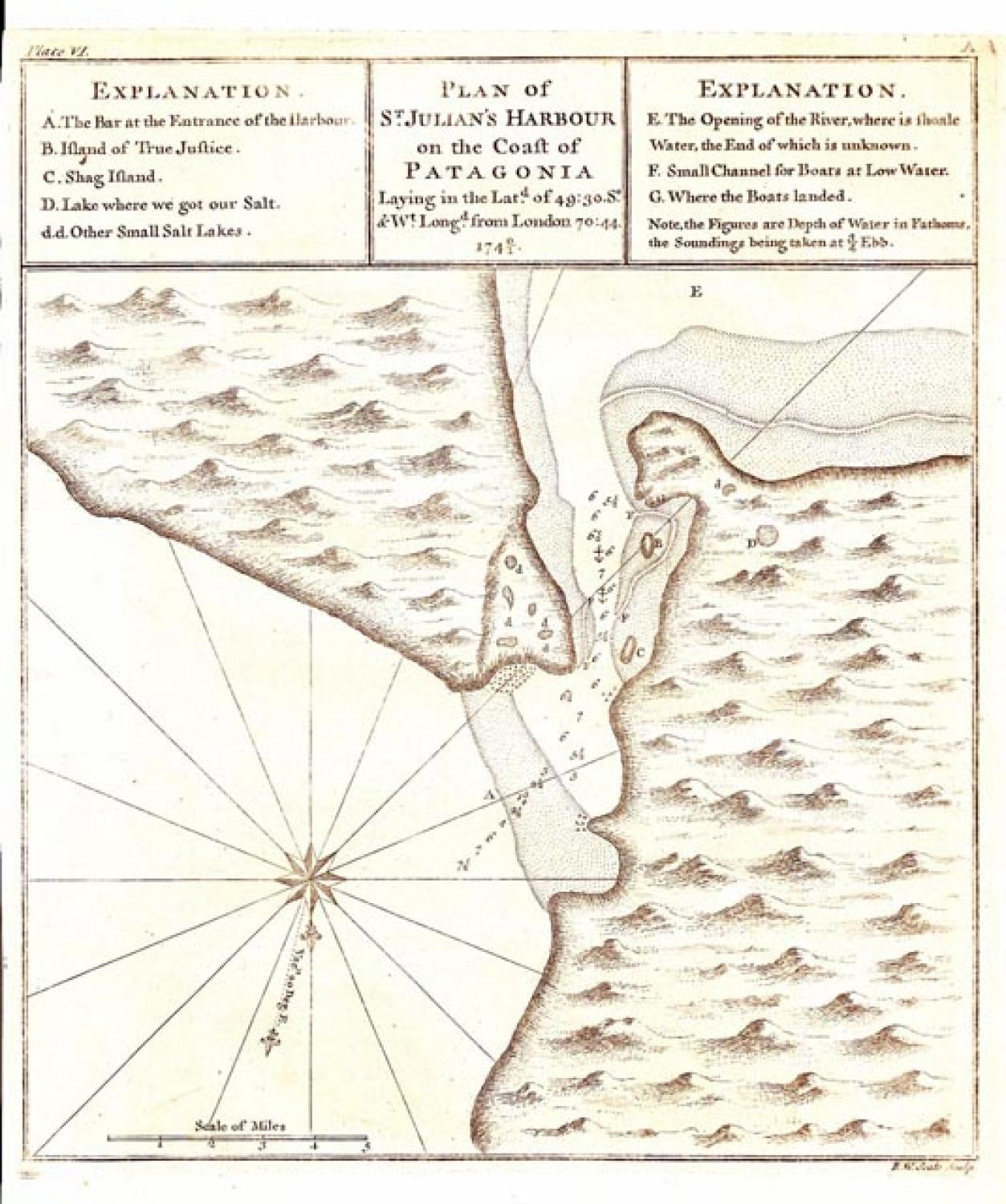 SOLD Plan of St. Julian's Harbour on the Coast of Patagonia

SOLD
Title: Plan of St. Julian's Harbour on the Coast of Patagonia

Publication: A voyage round the world in the years MDCCXL, I, II, III, IV, George Anson.
Engraver: R W Seale

A view of the entrance to St Julian's Harbour in Patagonia in the Santa Cruz Province of Argentina. It was given its name by the Portuguese explorer Ferdinand Magellan who arrived and wintered there in early 1520.
George Anson, commander of a Pacific squadron, was given orders by the Admiralty to raid Spanish possessions along the South American coast and disrupt their trade. What was to be a reasonably short trip turned out to be a circumnavigation of the globe and including the sacking of Paita (Peru) and the captured of the Spanish galleon Nostra Seignora de Cabadonga (which was loaded with silver and two important maps that detailed the route Manila galleons had followed across the Pacific for almost two hundred years). Captain Anson's mission took him 45 months and cost, 6 ships lost, 1000 men lost to scurvy, 300 men lost to typhus and dysentery, and unknown number to shipwrecks and only 4 in action.