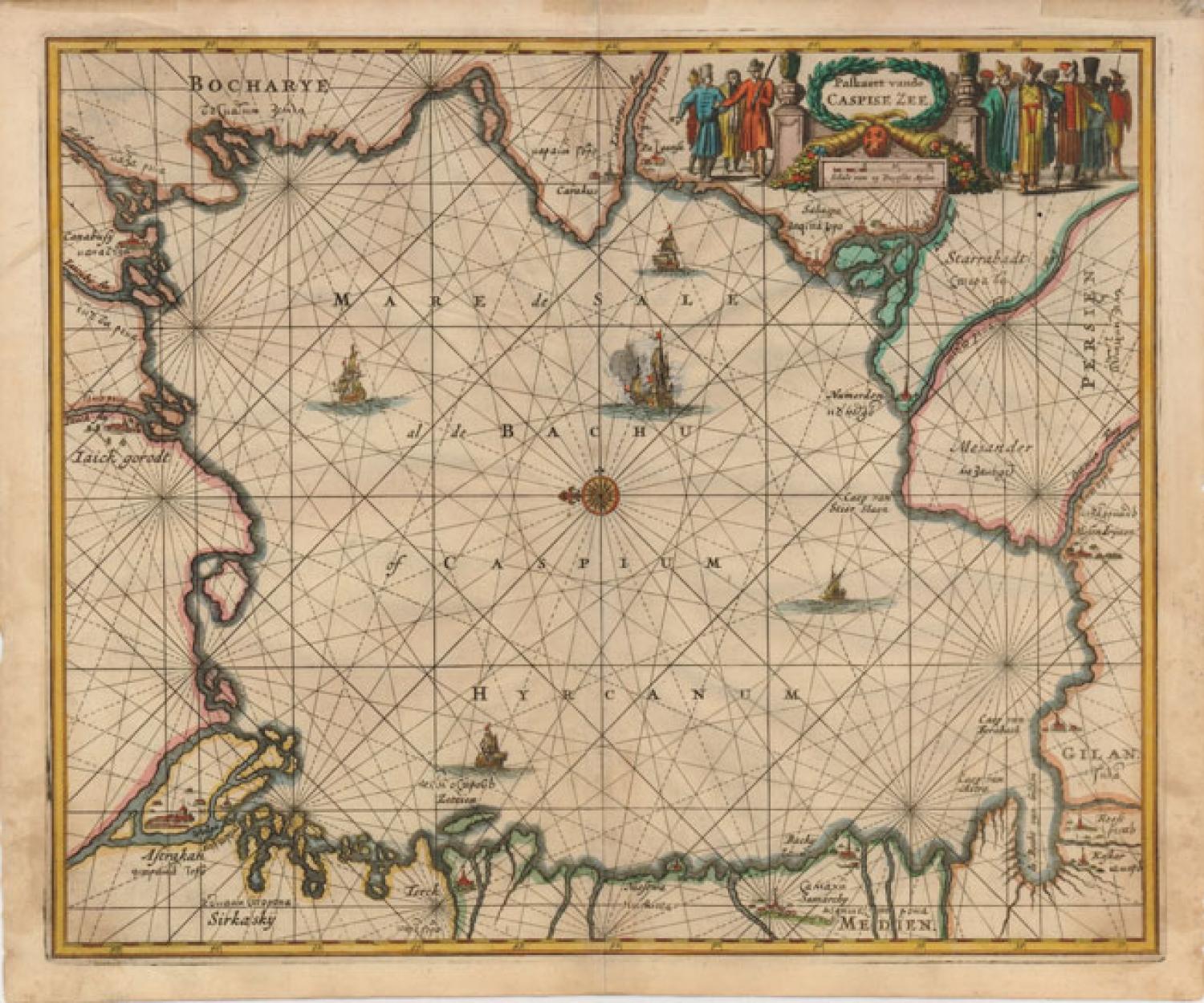 This intriguing map of the Caspian Sea is presented in sea chart style with rhumb lines radiating from the central compass rose, which orients the map with north to the left. The towns and cities on the coastlines are named in both Roman and Cyrillic lettering. The map is embellished with several sailing ships and a large title cartouche flanked by a large group of diverse Asian people.

The Caspian Sea remained a mystery through much of cartographic history. It was originally thought to be a huge gulf in the northern ocean and was not recognized as a landlocked sea until the late medieval period. It was then presented in a variety of shapes and sizes, nearly always on an east-west axis. It was not accurately mapped until the early 18th century when the surveys of Karl van Verden were commissioned by Russia.