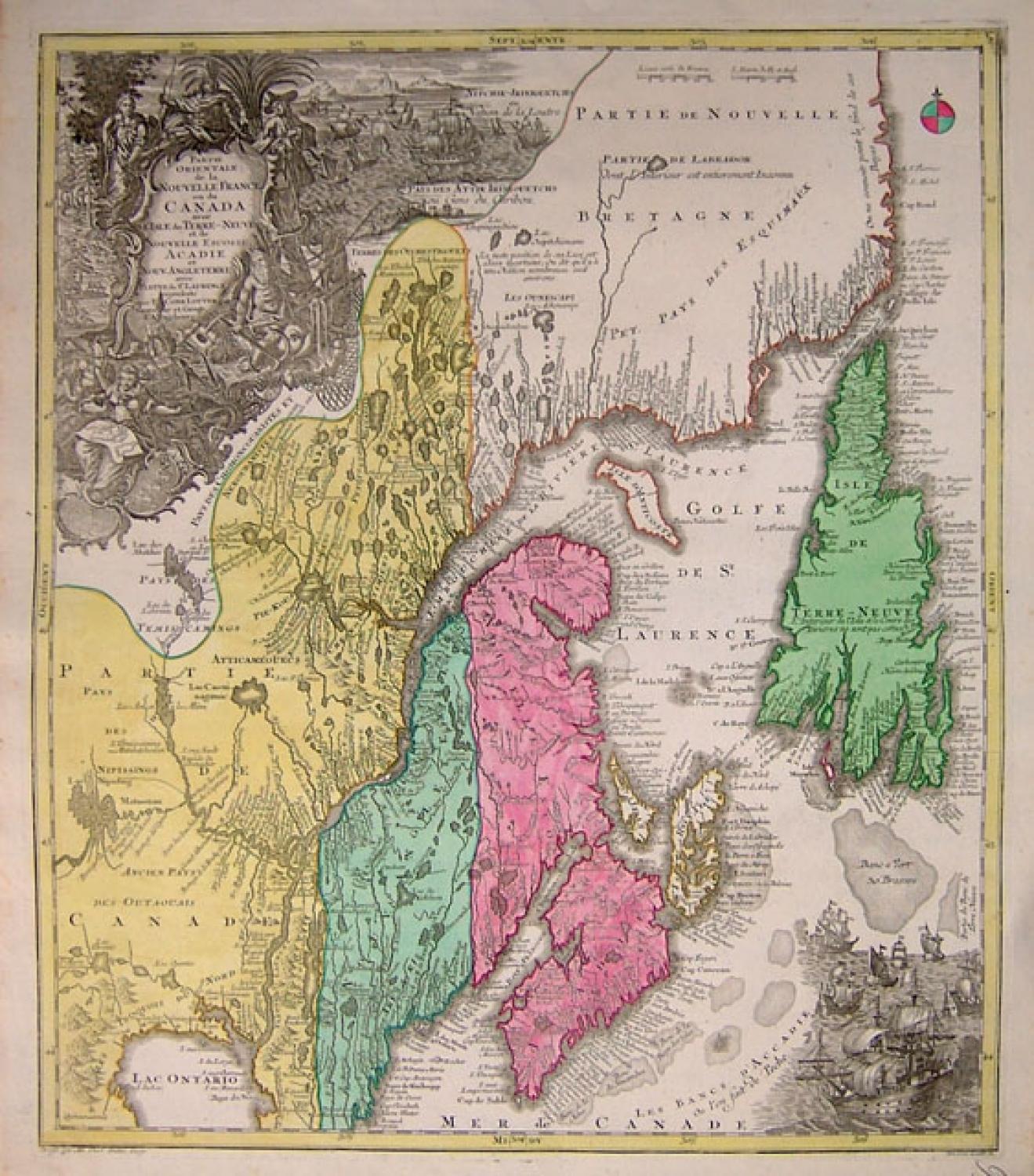 The geography illustrates Native American names and locations, a plethora of water bodies numerous place names. The map does sacrifice geographical accuracy for decoration primarily due to its vertical elongated delineation which, among other things, produces an almost north-south course of the St. Lawrence River and some other distortions.

The immense, pictorial uncolored title cartouche is extraordinarily ornate and descriptive, its size adding to the map's geographic distortion.

"The artwork and engraving are typical of the German school. Denied first-hand exploration information by the location of their country, the Germans, far from the sea, explore the world of fantasy with bold finesse, making imagery more imprtant than scientific fact. ... The whole surface is cluttered with illustrations. It is difficult to find another map on this scale with so many small, well-drawn scenes." -Armstrong