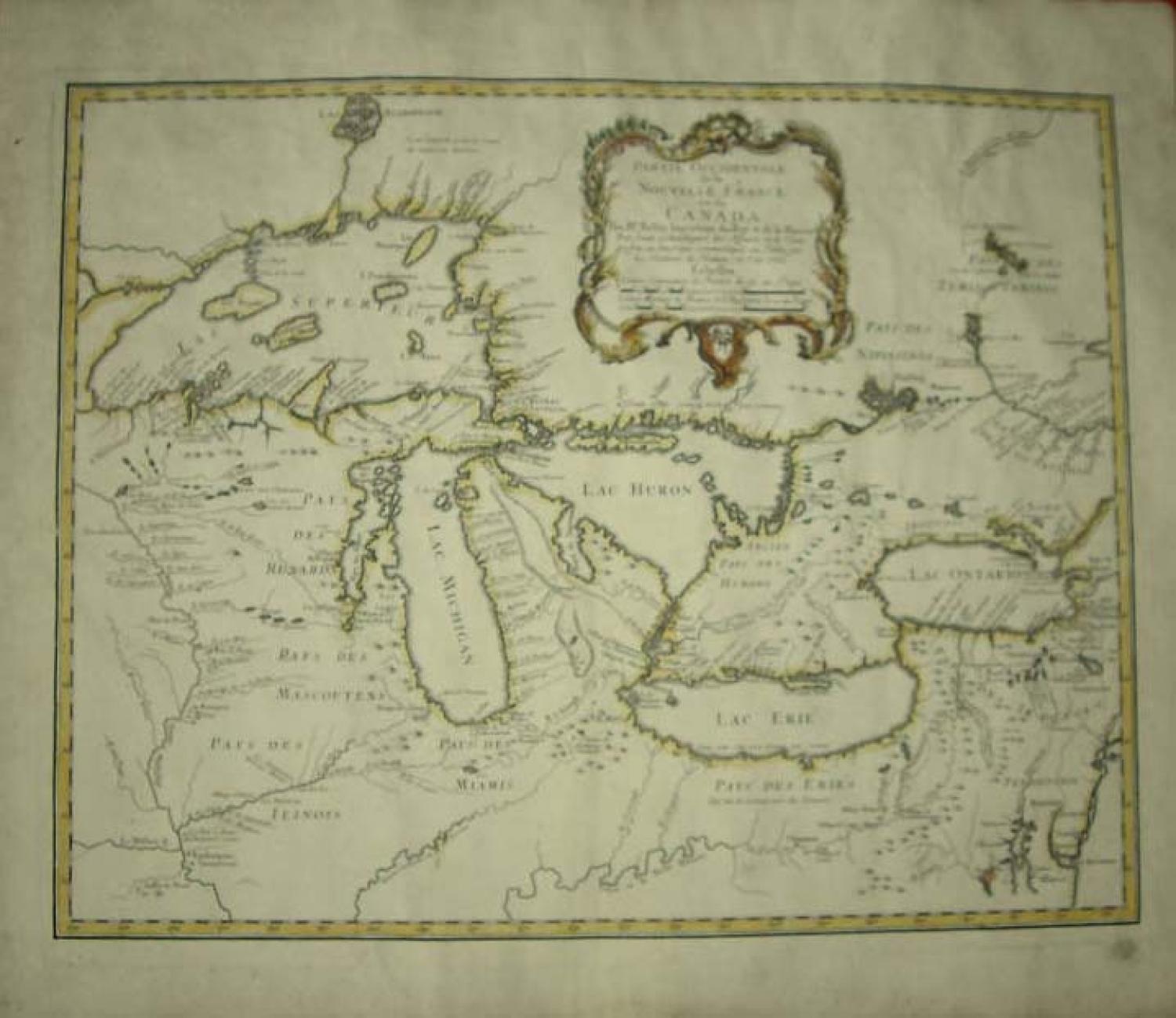 A cartographic landmark of the region. Noteworthy for the introduction of the islands in Lake Superior, which would remain on maps for nearly a century. The map summarizes the French knowledge of the region and shows the river systems discovered by French explorers, forts and settlements, and Indian Villages. The chart incorporates the work of Sieur de La Verendrye, the last of the great French explorers in North America. First issued by Bellin in 1745 and re-issued by the Homann Heirs on the eve of the French & Indian War. 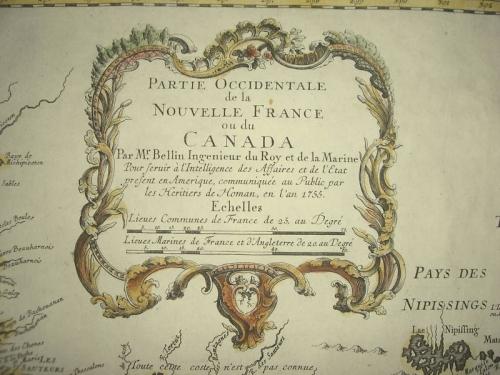 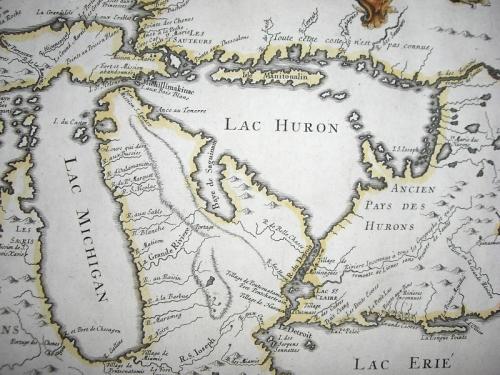 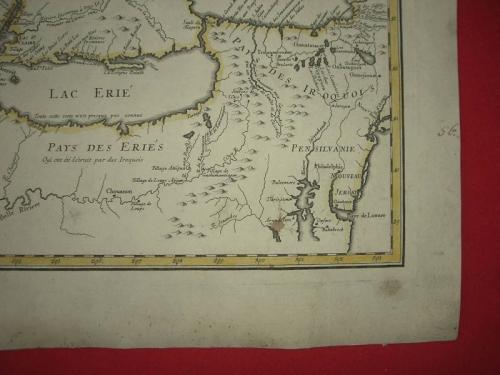 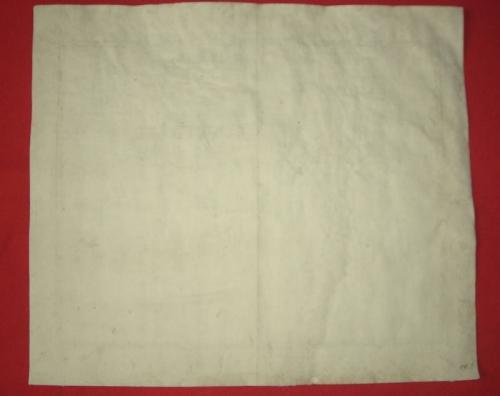