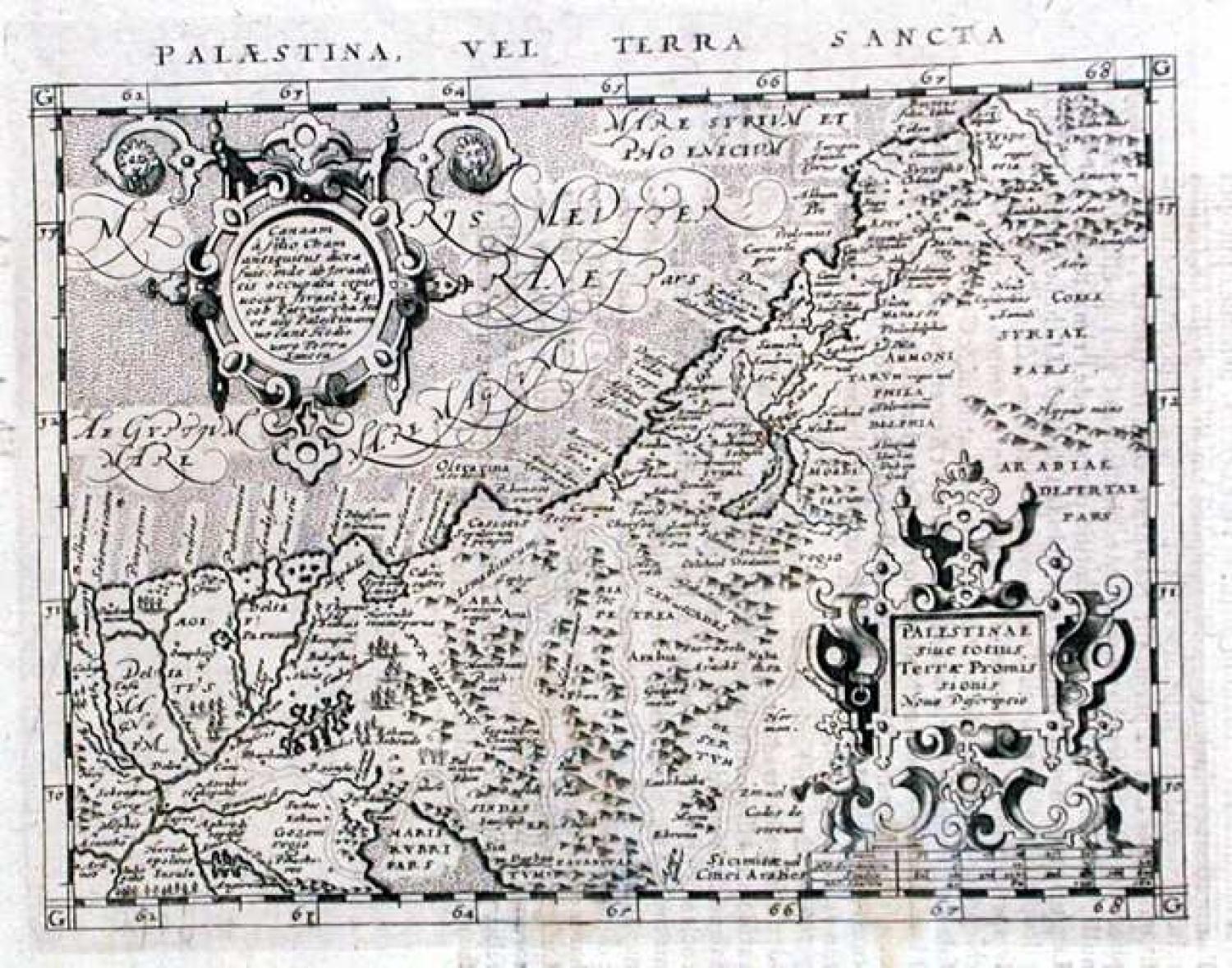 A map of Holy Land showing the track of the Exodus of the Children of Israel to the Promised Land. Text on verso.