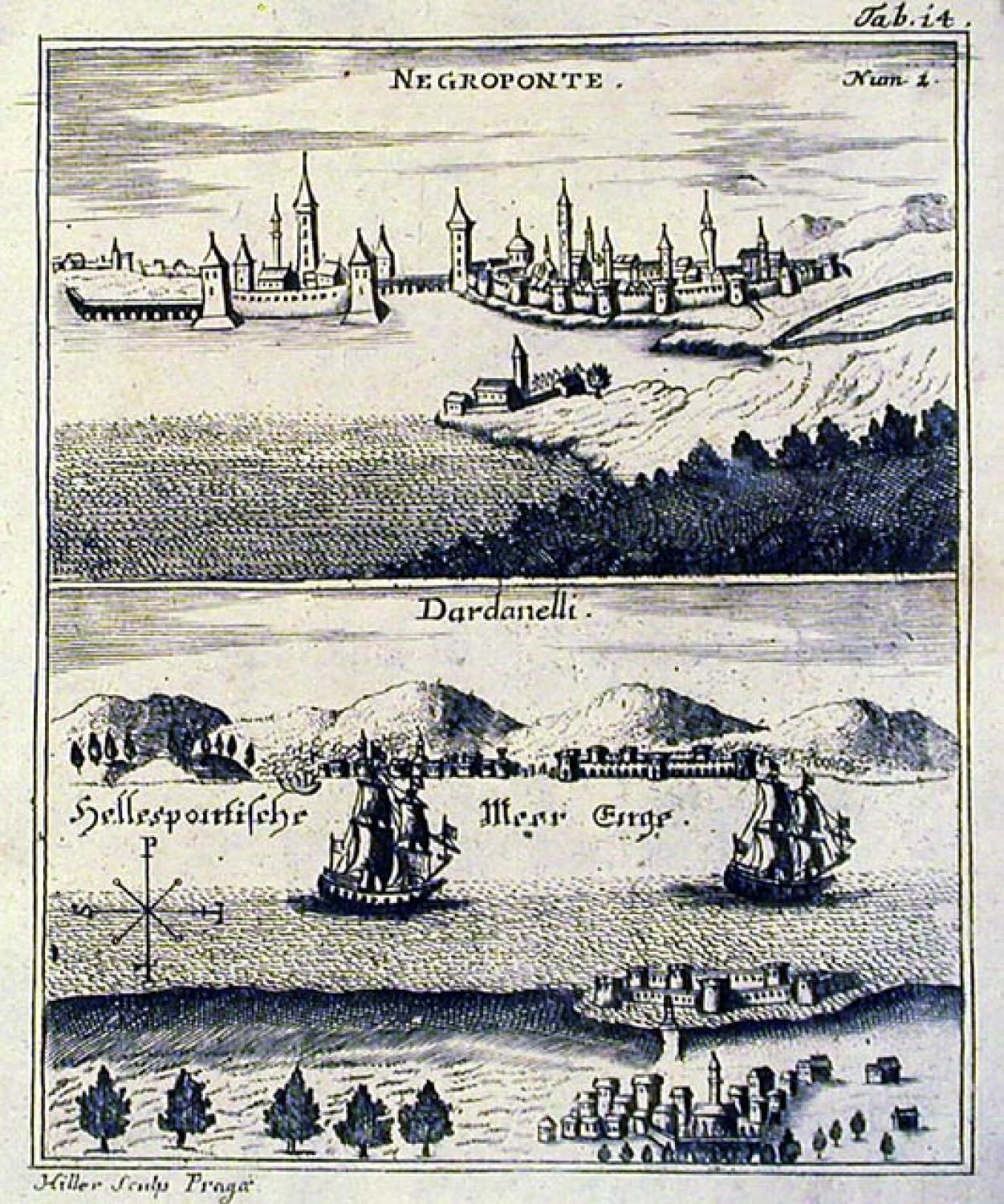 Negroponte means black (negro) bridge (ponte), most likely a reference to the bridge between the Greek mainland and the island of Euboea. The term black is perhaps due to the deep waters under the bridge. The Hellespont(Dardanelles), the strait between the Aegean Sea and the Sea of Marmara, takes its name from Helle, daughter of Athamas, king of Thebes, and Nephele, goddess of the clouds.The Dardanelles separate Europe (in this case the Gallipoli peninsula) and the mainland of Asia. The major city neighbouring the strait is Canakkale (which takes its name from its famous castles; kale means "castle"). The strait has long had a strategic role in history. The Persian army of Xerxes I and later the Macedonian army of Alexander the Great crossed the Dardanelles in opposite directions to invade each other's lands. From a book by A M Myller recounting his travels from 1725 to 1727. Myller journeyed from Rome to Jerusalem then on to Troy, Gallipoli and Constantinople. From Constantinople he travelled to Egypt and then to Syria. Finally from Syria he travelled to Malta and back to Rome. Scarce.