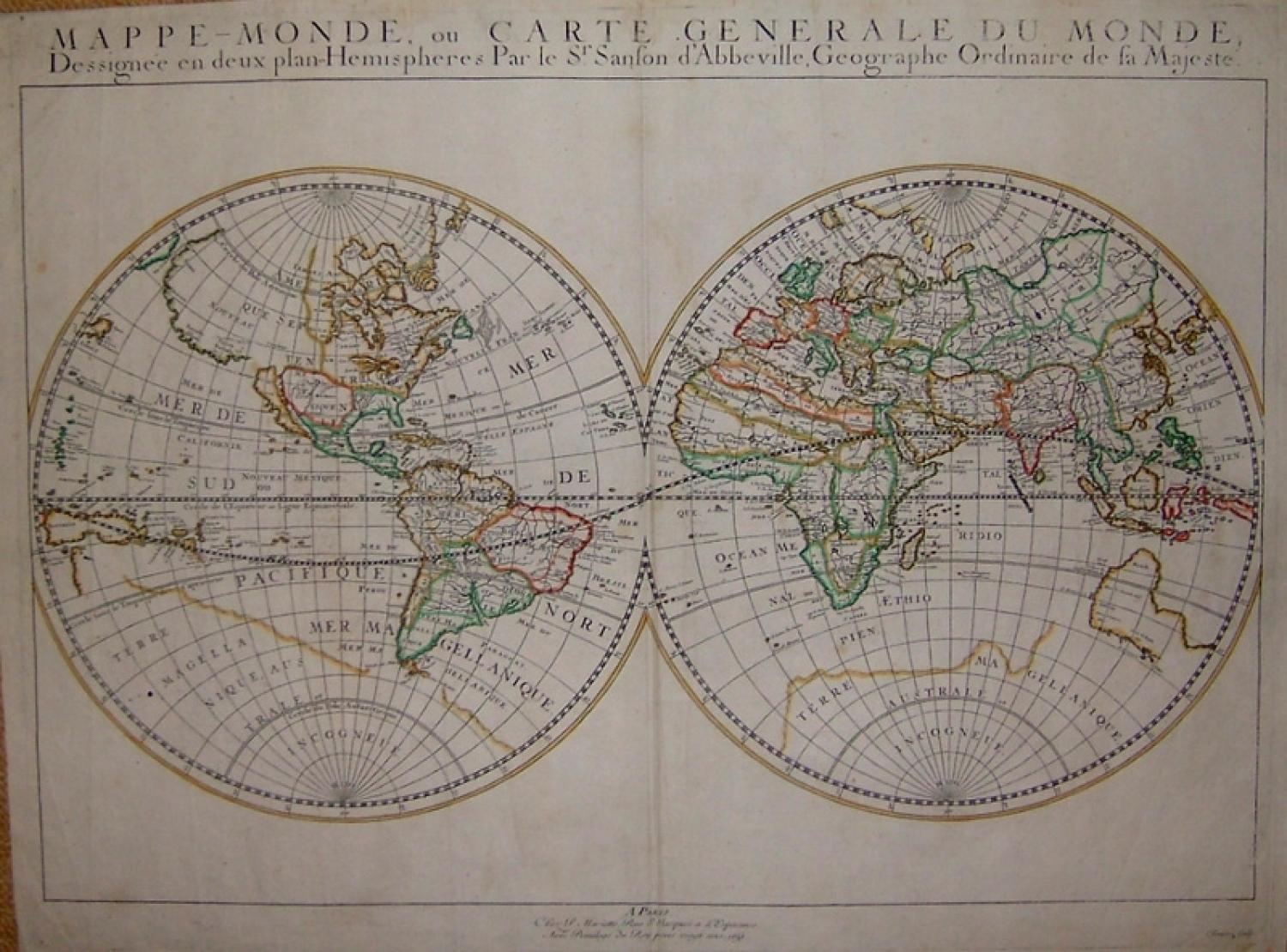 SOLD
Paris 1651: World map in double hemispheres. Sanson's map reflects both traditional thinking and new discoveries and was therefore an important landmark in the history of cartography. Sanson is famous for his scientific style of cartography and his maps generally have few decorative elements in contrast to the output of the Dutch firms.

Interesting features include California represented as an island and a peculiar depiction of North America and the Great Lakes. Lac Superior is named here for the first time and Lake Michigan is called Lac des puans (lake of evil smells). A faint outline of Terra Magellanica appears in the south reflecting the uncertainty of the time. Australia is only partially shown, and is labeled Beach after Marco Polo, with place names on the south and west coasts reflecting the Dutch discoveries as they pursued the East Indian spice trade. Neither Tasmania or New Zealand is shown. 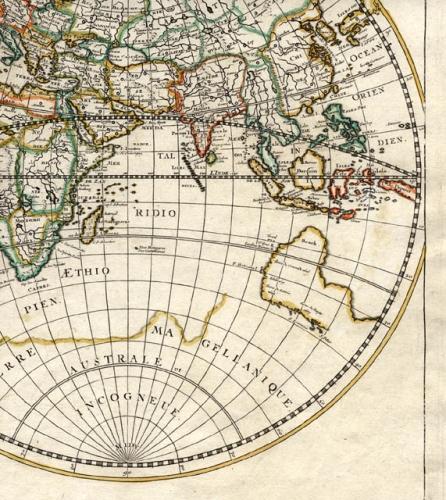 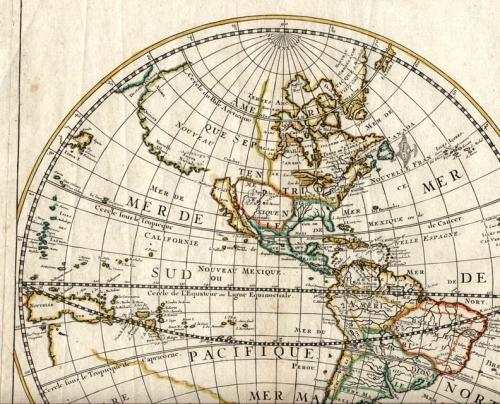