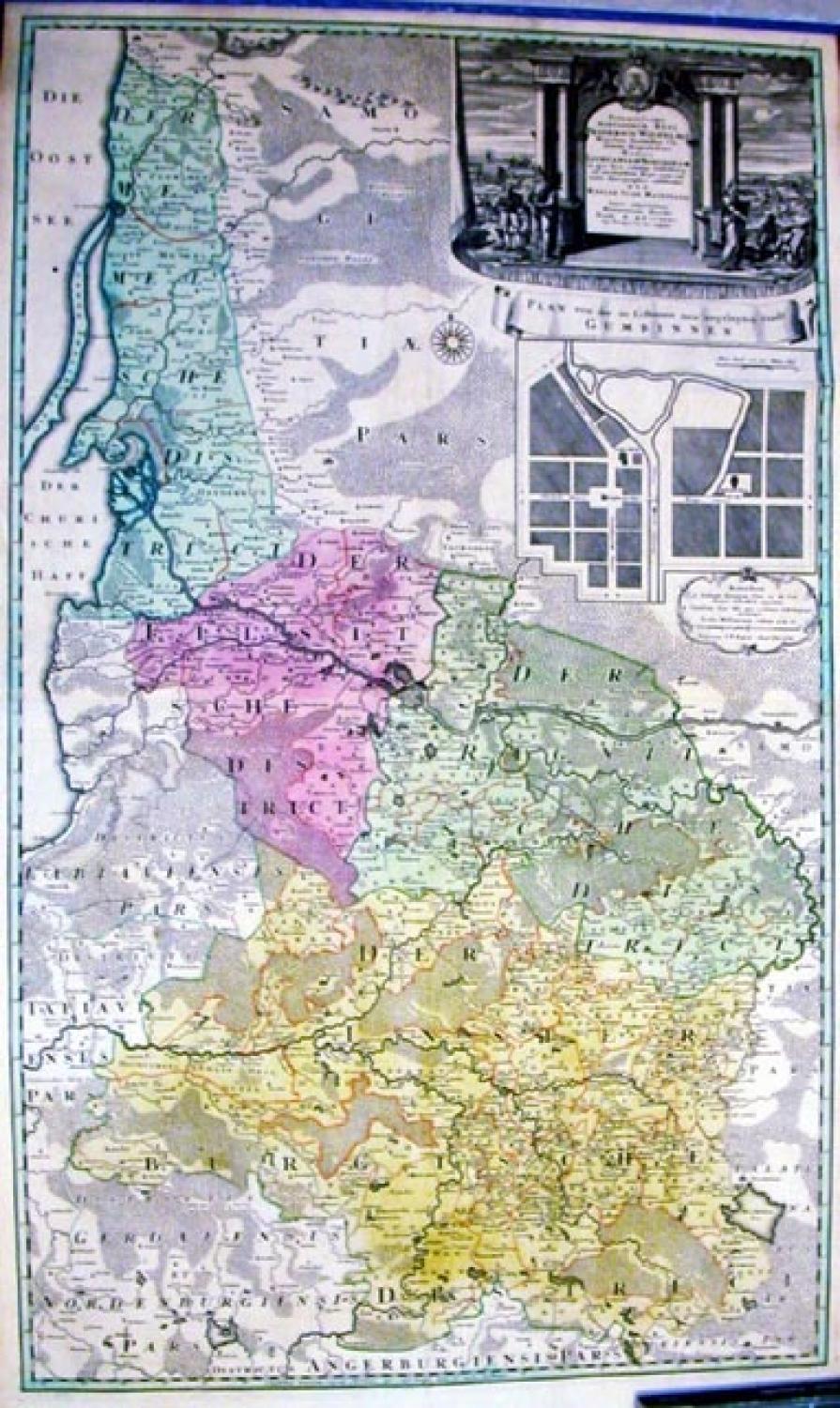 The map covers an area of Lithuania and Eastern Prussia (currently the Russian province of Kaliningrad) stretching from Klaipeda (Memel) in the north to Goldap in the south (a town on the Polish - Russian (Kaliningrad) border).

In 1724 Gumbinnen was raised to the status of a town by King Fredrick William 1 of Prussia. Subsequently, in 1732, inhabitants of Salzburg, fleeing from religious persecution, were invited to settle in the town. A ground plan of the town is shown beneath the title cartouche.

Tilsit, which received civic rights in 1552, grew up around a castle of the Teutonic Knights, known as the Schalauner Haus, founded in 1288. It is most famous because of the Treaty of Tilsit signed here in July 1807, the preliminaries of which were settled by the emperors Alexander I of Russia and Napoleon I of France on a raft moored in the river Neman. This treaty, which created the Kingdom of Westphalia and the Duchy of Warsaw, completed Napoleon's humiliation of the Kingdom of Prussia, when she was deprived of one half of her dominions.

Memel was the strategic Hanseatic port of Lithuania, controlling the export of goods from Lithuania shipped down the river Neman (Niemen) into the Baltic Sea.

Two double folio sheets conjoined. Folds as given. Printers crease in the area of the town plan, without loss.