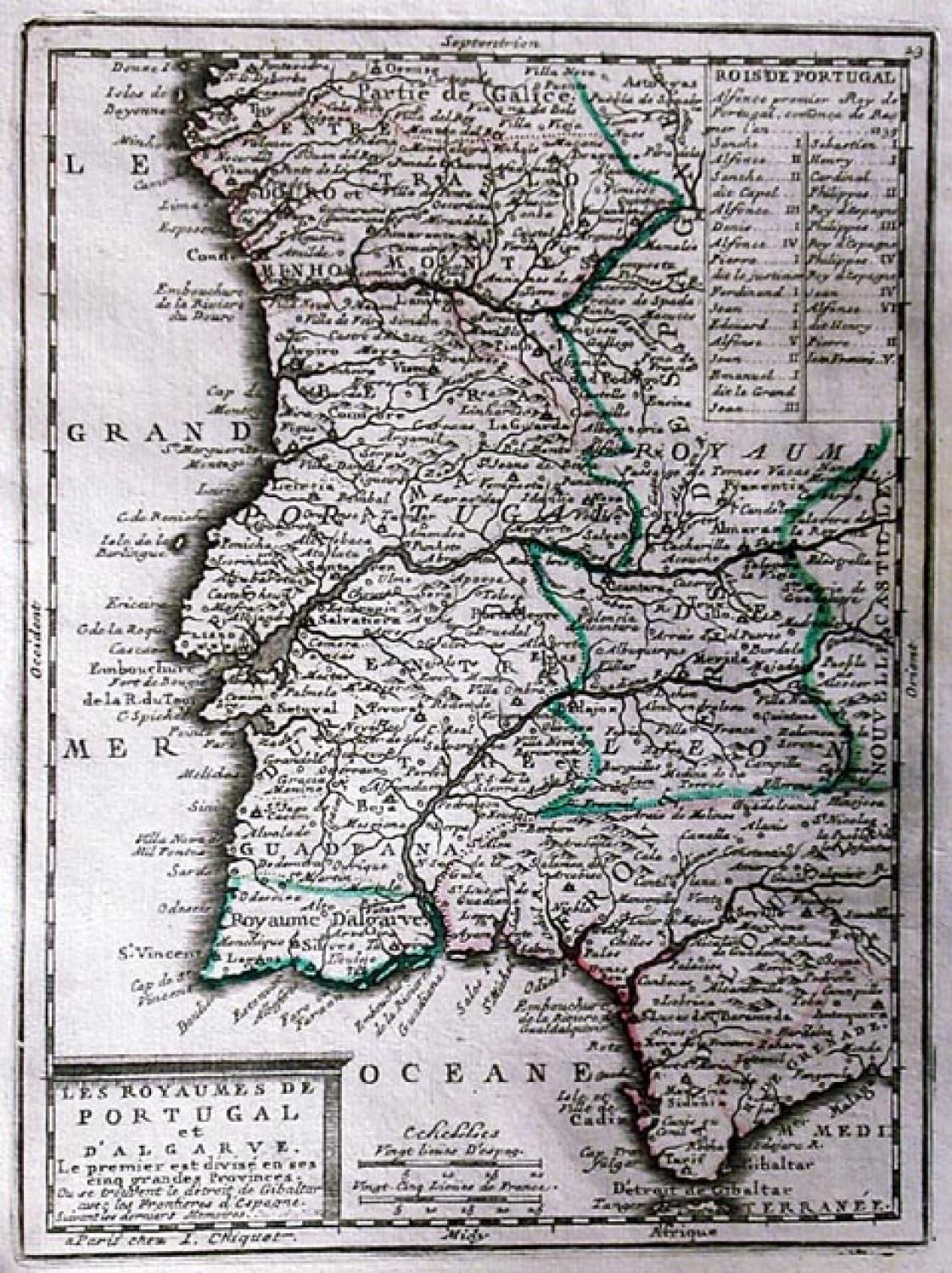 A map of Portugal and the Algarve, the former being divided into five provinces. In the upper right hand corner is a list of the kings of Portugal from the year 1139. Unusually, included with the map is an additional explanatory sheet of the engraving.