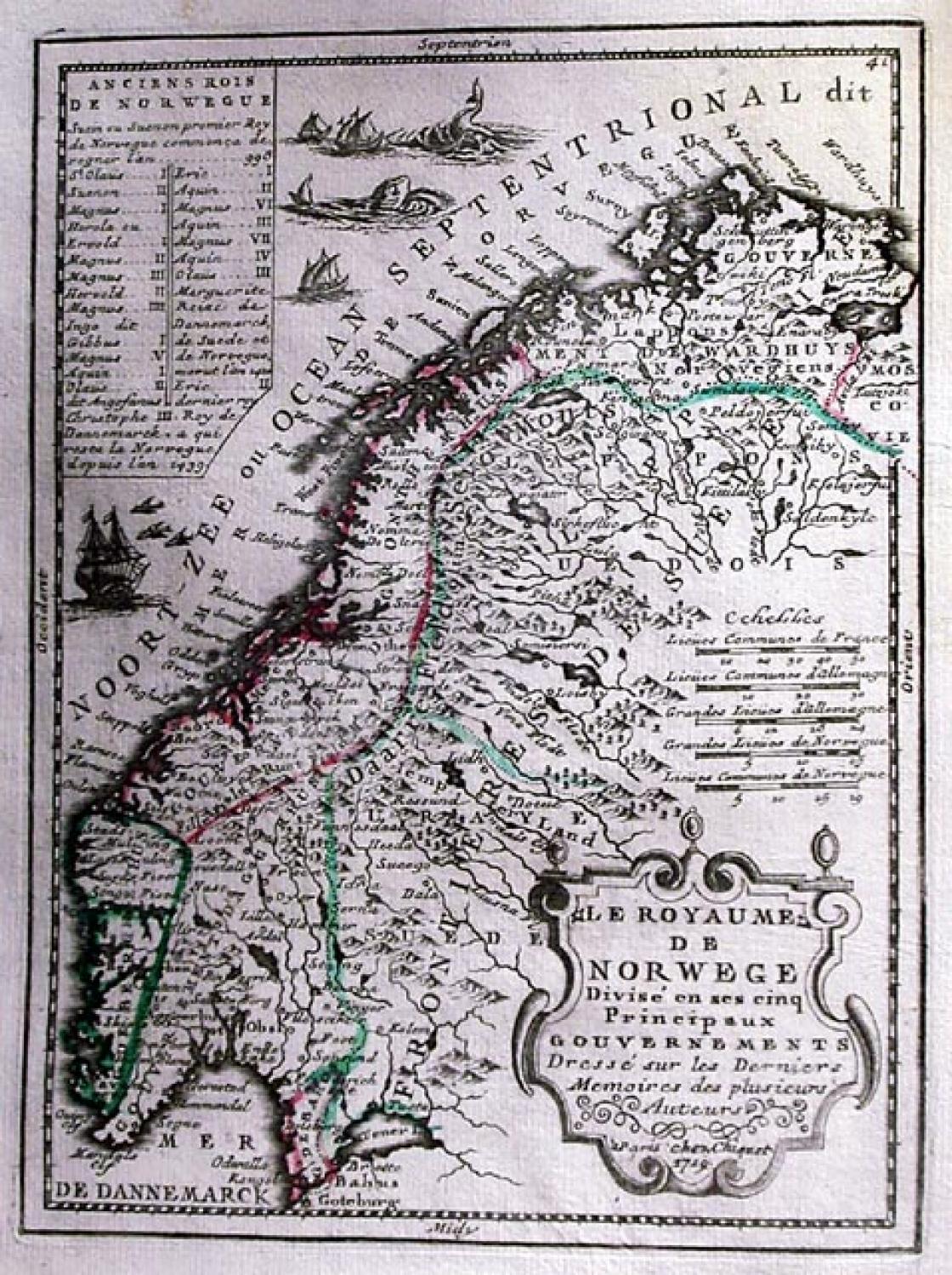 An attractive map of Norway divided into provinces. Engravings of ships, flying fish and sea monster are depicted in the Norwegian Sea. In the top left hand corner is a list of the ancient kings of Norway. Unusually, included with the map is an additional explanatory sheet of the engraving.