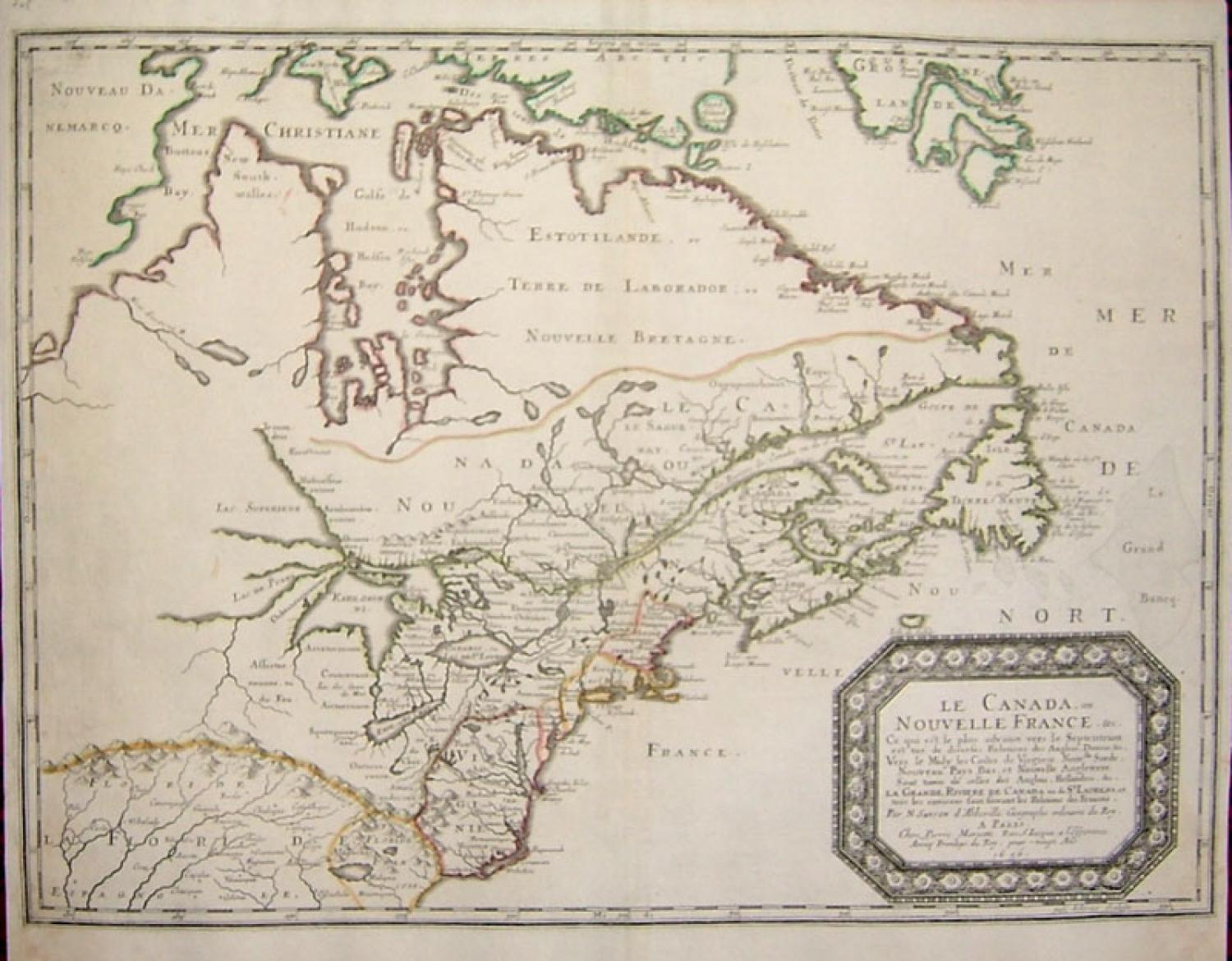 
A seminal map of Canada and the Great Lakes and one of the most important maps of the period. This map relied for its northerly information on the English and Danes, and for its delineation of the lower Atlantic coast on the English and Dutch; it was only for the "Grande Riviere de Canada," or Saint Lawrence, that French sources were preferred.