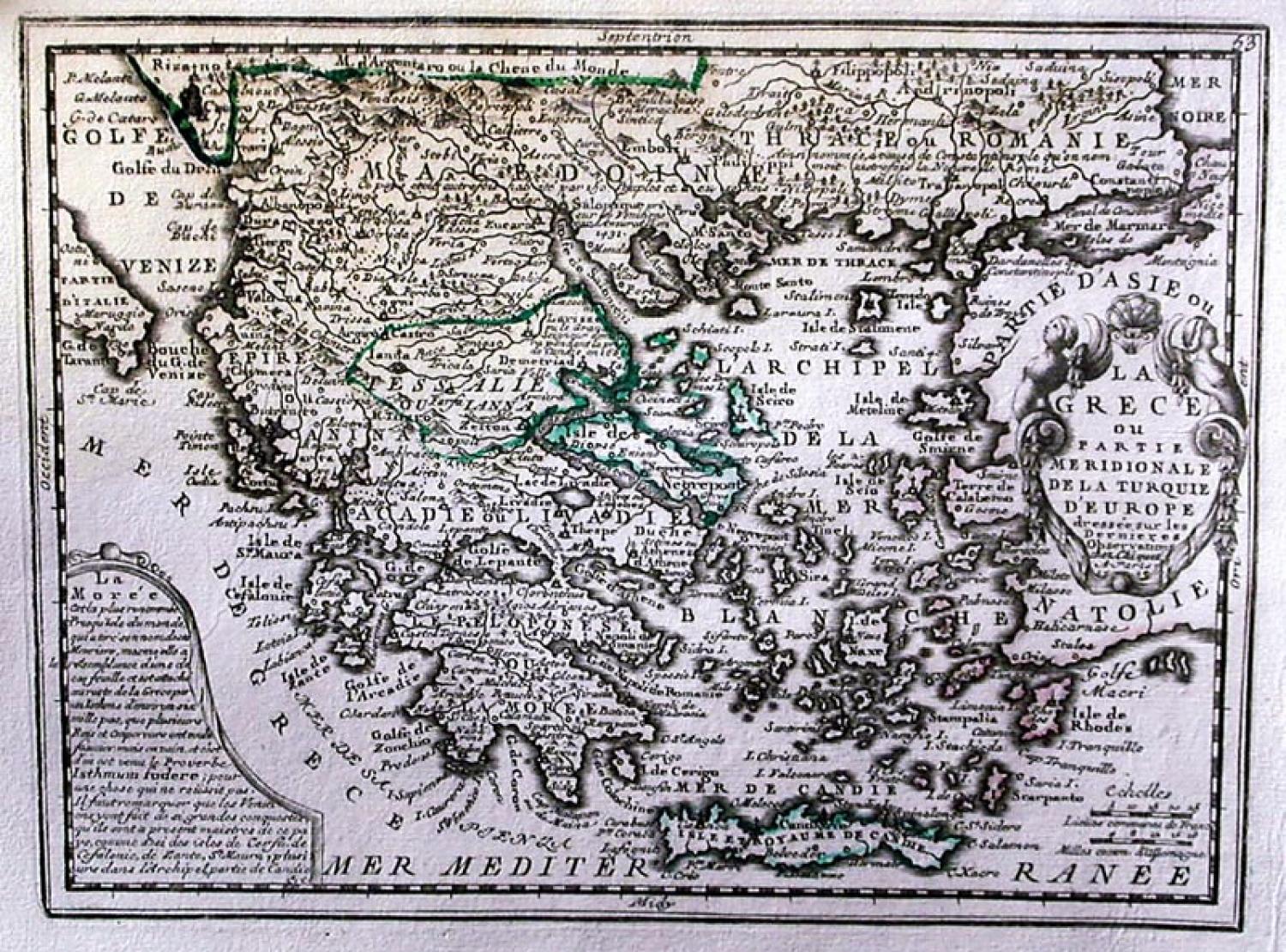 Description:An attractive map of Greece divided into provinces, including the island of Crete. Unusually, included with the map is an additional explanatory sheet of the engraving.