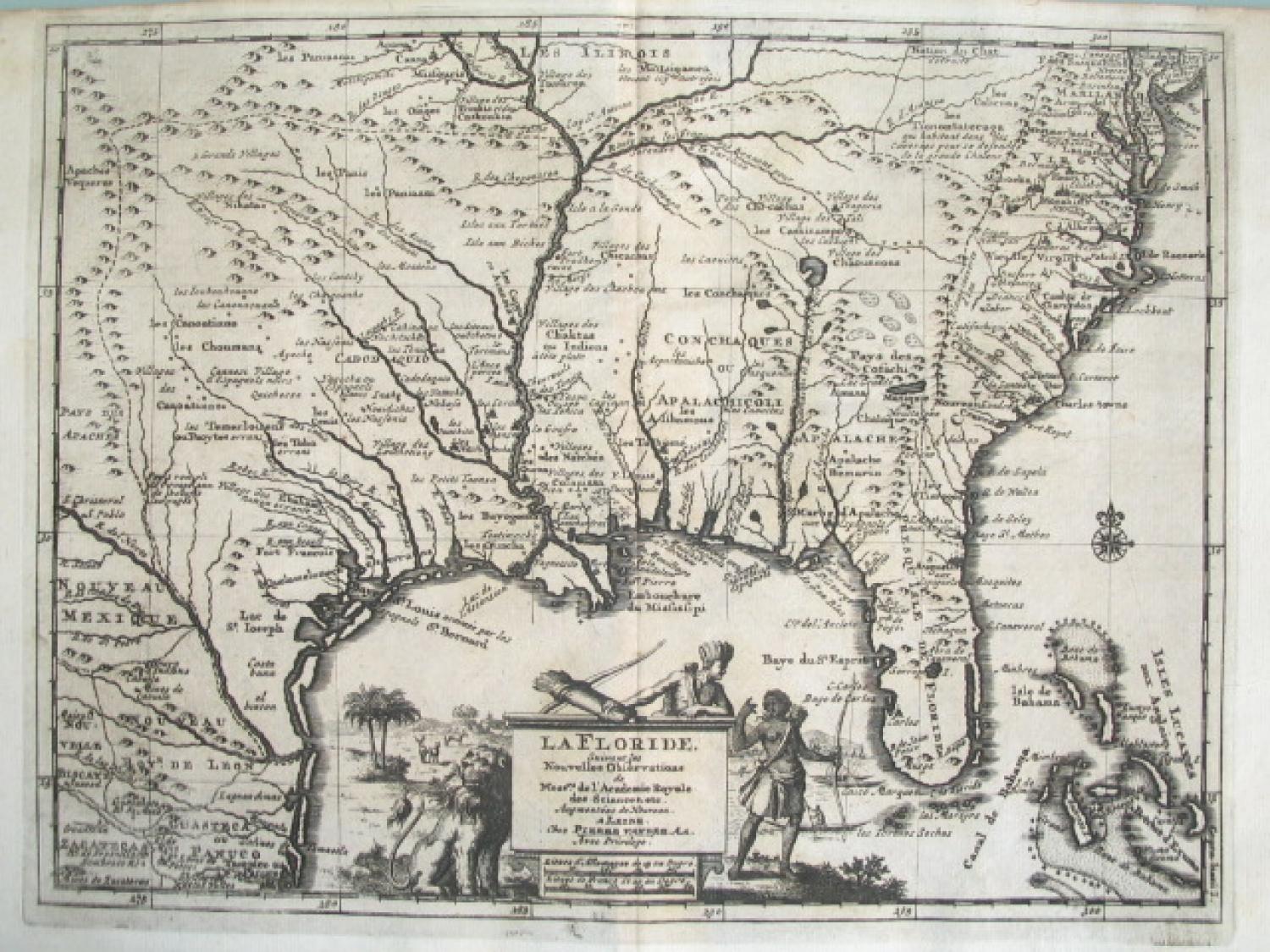 Rare and important map of North America by Pieter van der Aa. The map is famous for its decorative and spectacular title cartouche and geography of the area and is based on Delisle's influential Carte du Mexique de la Floride of 1703.

Much detail of early colonial settlements and Indian tribes. The large lake first found on Le Moyne's 1591 map is here called Lac Grande and it is land-locked. The Mississippi is shown too far west of its true course and the Apalachicoli River flows from a large spurious lake in present day Georgia. Details of the Bahamas are included. The Gulf of Mexico is filled with a large cartouche featuring Native Americas and a lion.

Records show that van der Aa, born in Leyden in 1659, made an early start in life by being apprenticed to a bookseller at the age of nine and starting on his own in business as a book publisher by the time he was twenty-three. During the following fifty years he published an enormous amount of material including atlases and illustrated works in every shape and size, two of them consisting of no less than 27 and 28 volumes containing over 3,000 maps and plates. Most of his maps were not of the first quality and were certainly not original but they are often very decorative and are collected on that account. (Moreland & Bannister). 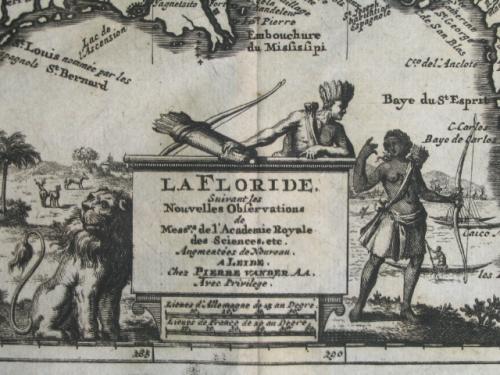