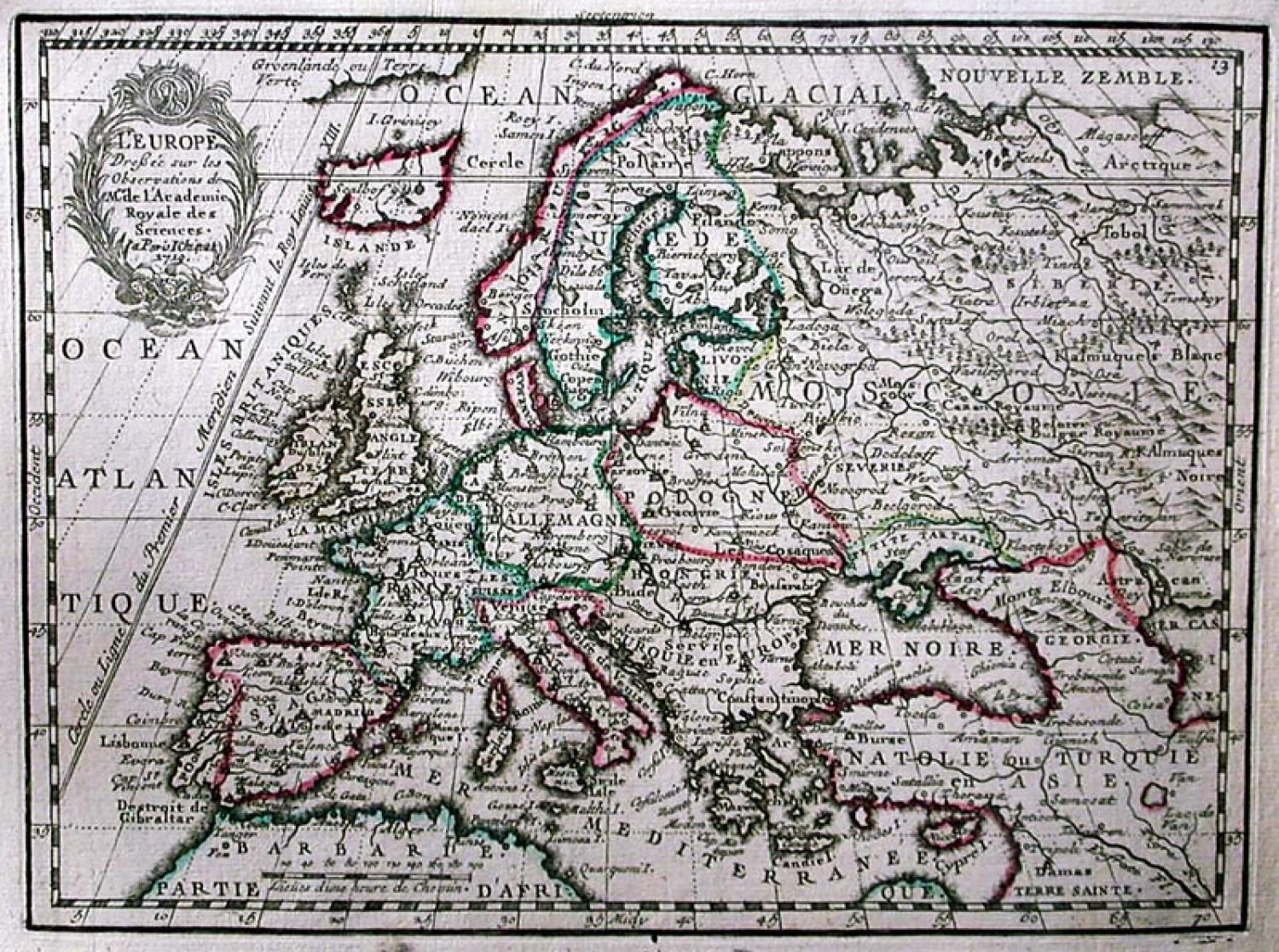 An elegant map of Europe. A partial outline of Nouvelle Zembla is shown. Poland is shown streching from the Baltic to the Black Sea when, in fact, a few years earlier it was relieved of the southern Ukraine by the Turks. Unusually, included with the map is an additional explanatory sheet of the engraving.