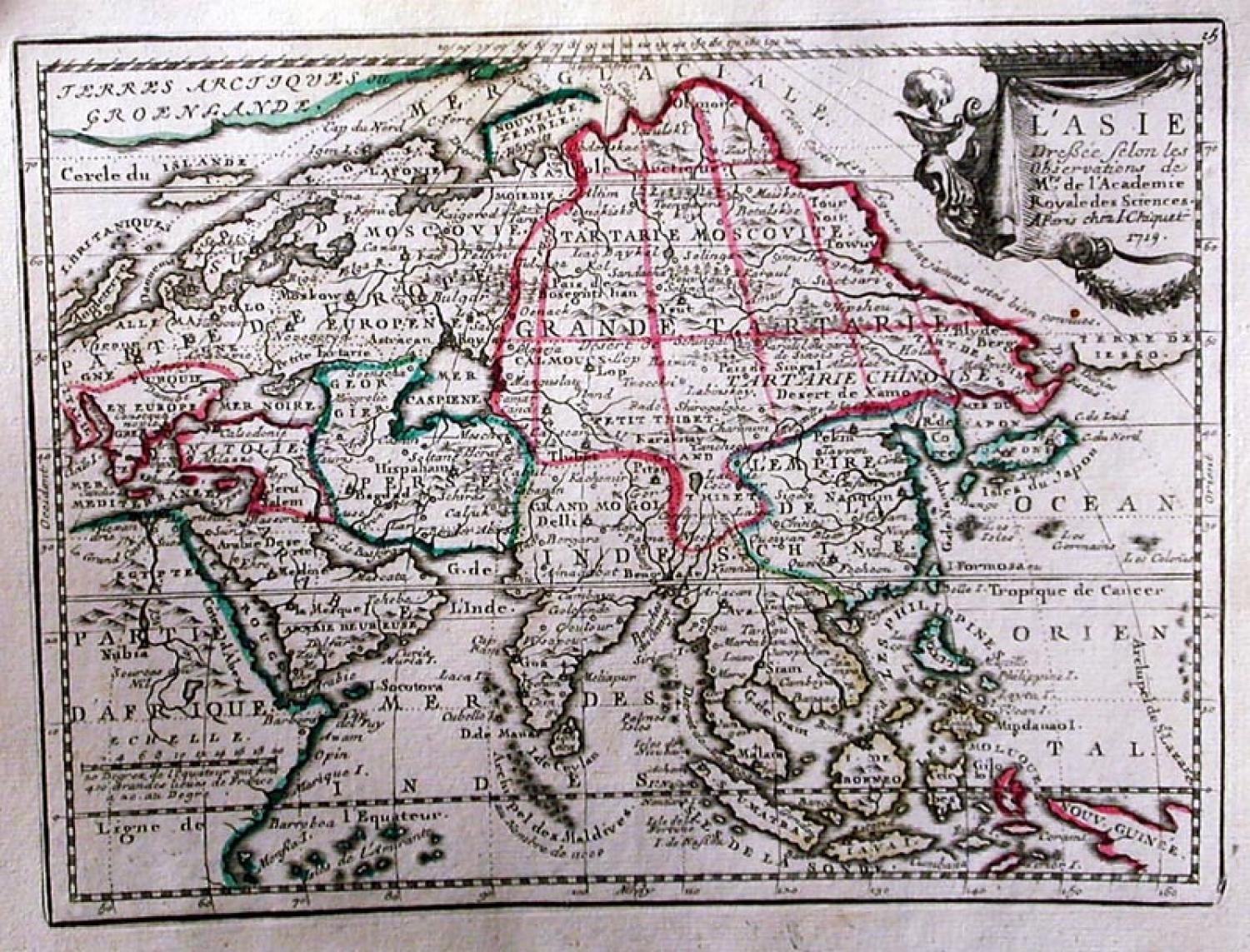 A pretty map of Asia. Korea is no longer an island and Japan is begining to take shape. Terre de Iesso appears to the east of the Continent, roughly in the area where Alaska is now. Unusually, included with the map is an additional explanatory sheet of the engraving.