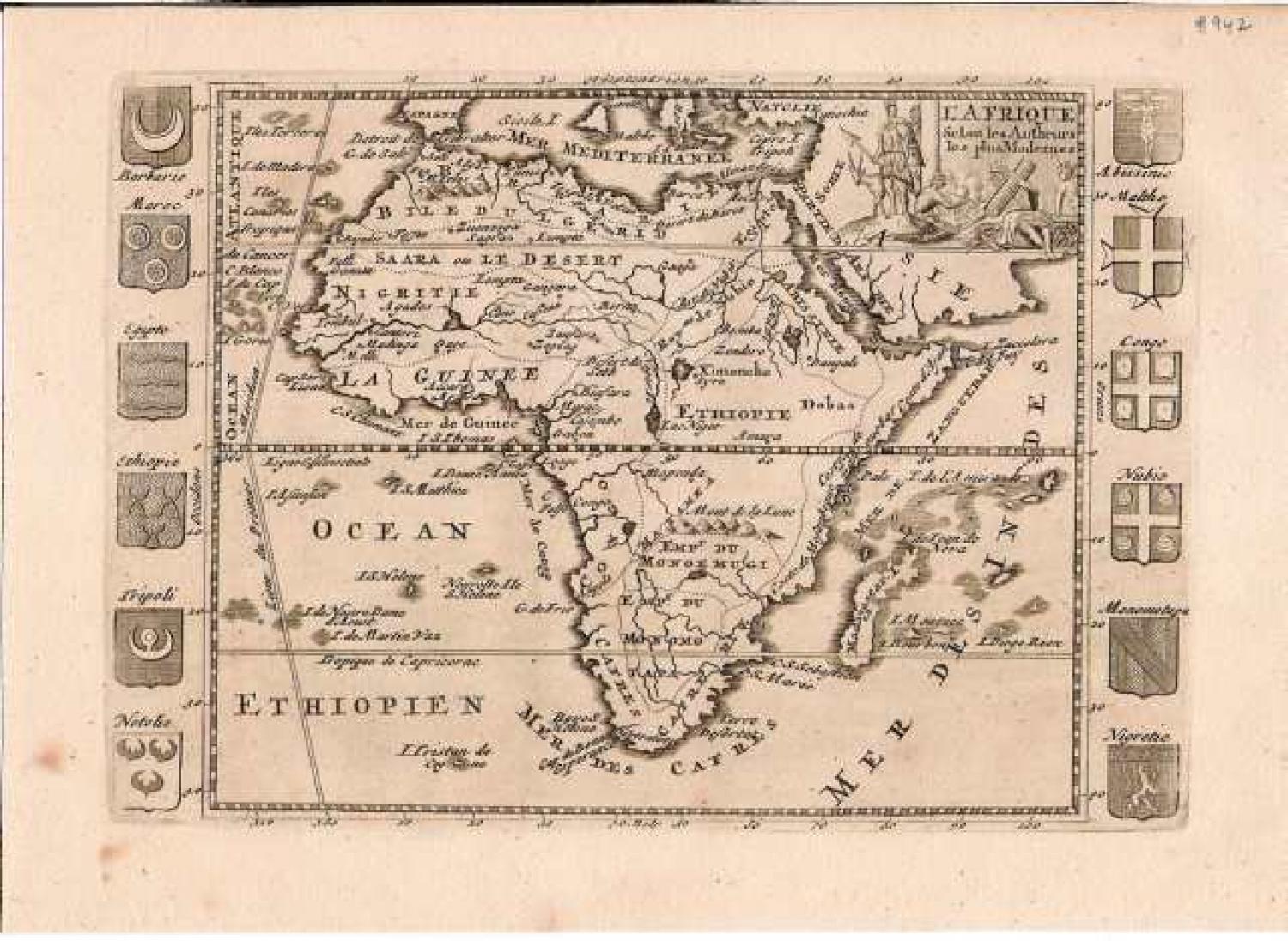 The continent of Africa form an early 18th century perspective. The Niger River is mapped with surprising accuracy, especially considering its highly inaccurate mappings nearly 100 years later in the 19th century. The Mountains of the Moon, supposed source of the Nile, are located considerably south of where they appear in other maps of the period. Early Ptolemaic maps do note these mountains as well as two large lakes just to the north. Though the Mountains are present, both of these lakes are absent indicating an interesting evolution, away from the Ptolemaic conception, in African cartography. In southern Africa two large Empires are named, Monoemugi and Monomotapa. This is the great southern African gold mining region. Surrounding the map are twelve armorial crests. The crests include those of both Arab and African powers in the region including Barbarie, Maroc, Egypt, Tripoli, Notolie, Malta, Congo, Nubia, Monomotape, and Nigreitie. The allegorical title cartouche in the upper right corner shows several Africans cooking over a fire while an Impala looks on.
Scarce.