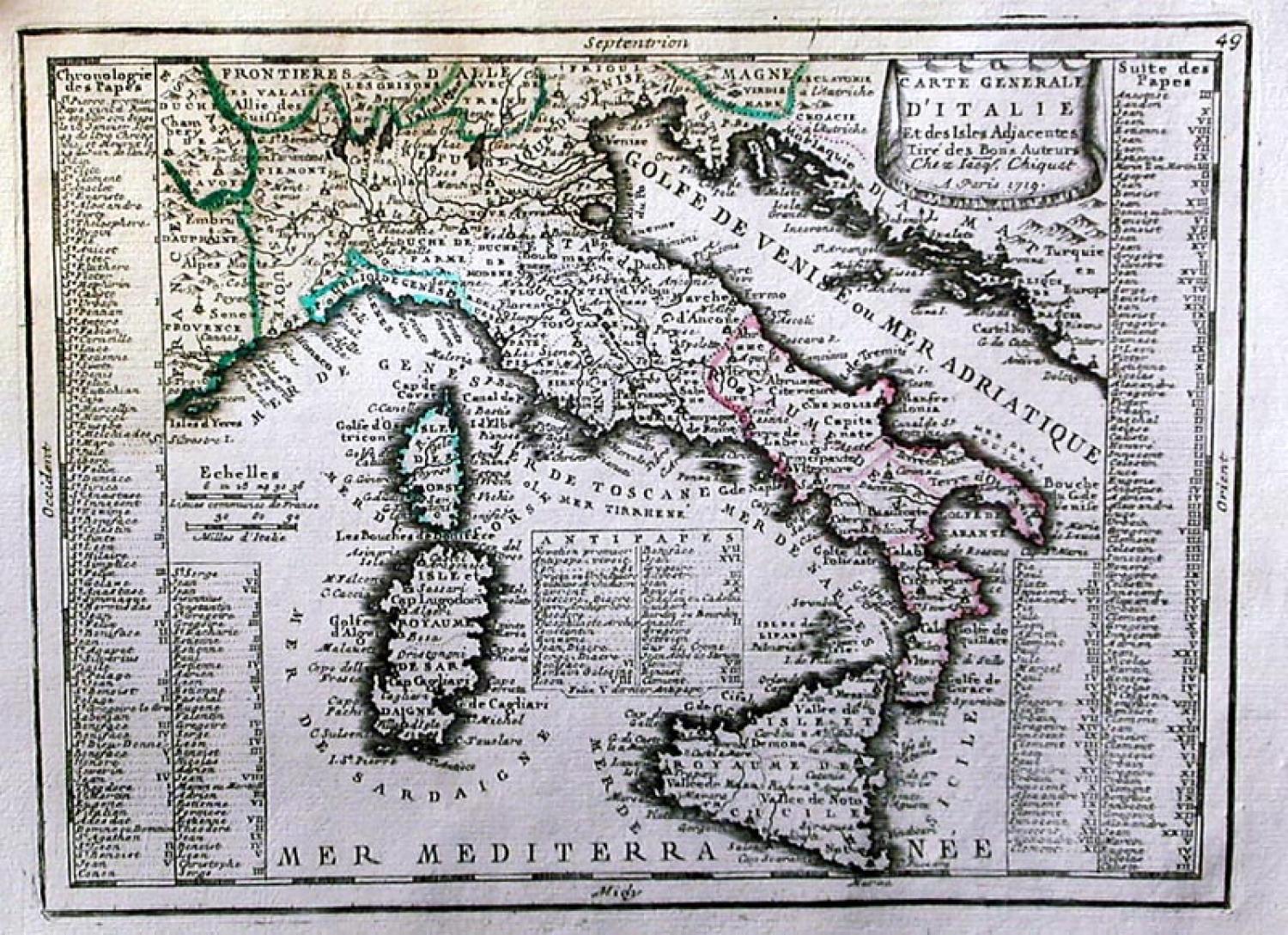 A rare and attractive map of Italy, including Sicily, Sardinia and Corsica. Along the left and right hand borders is a list of all the Popes. In the centre of the map is an insert listing all the anti-popes. Unusually, included with the map is an additional explanatory sheet of the engraving.