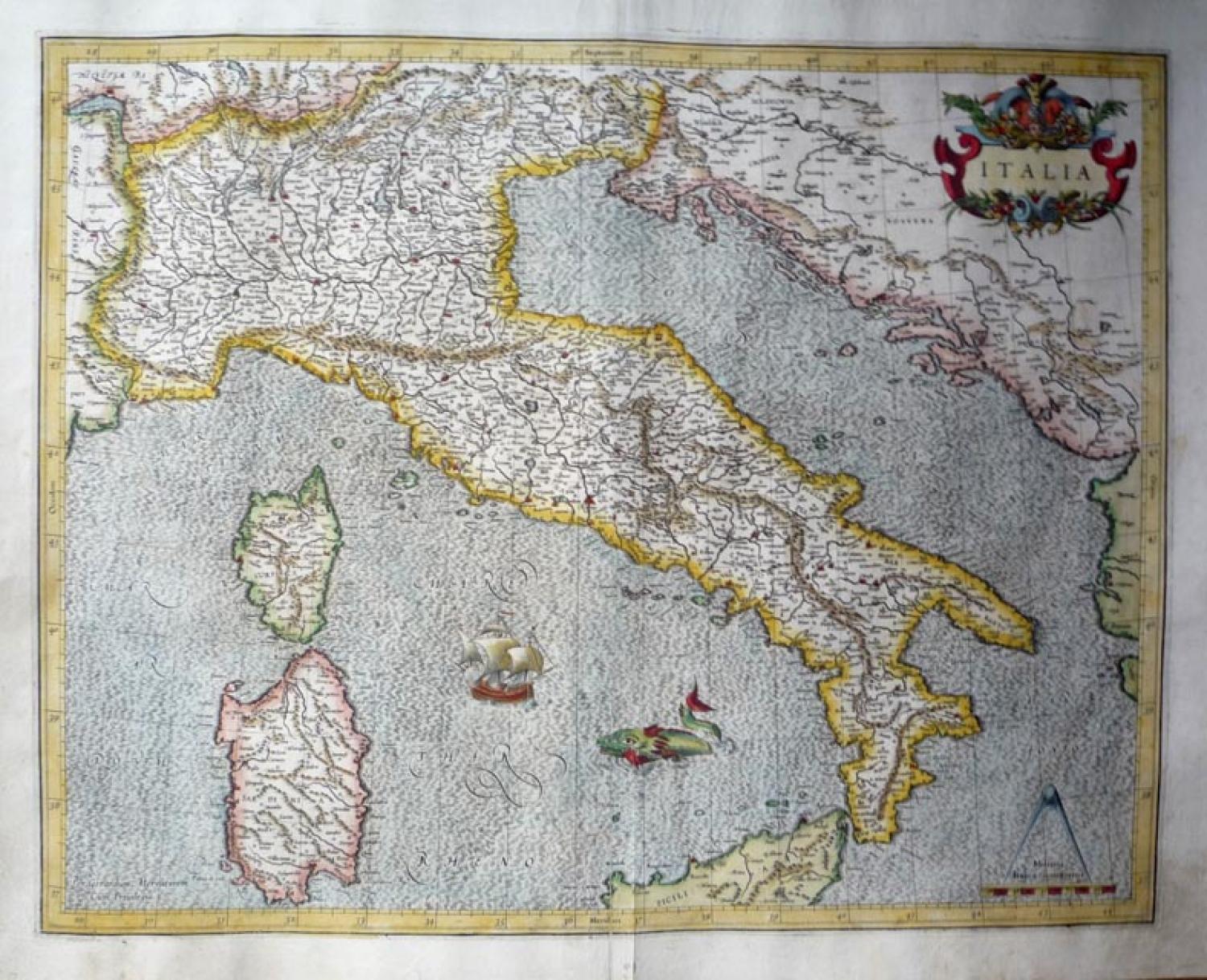 A charmimg map of Italy.