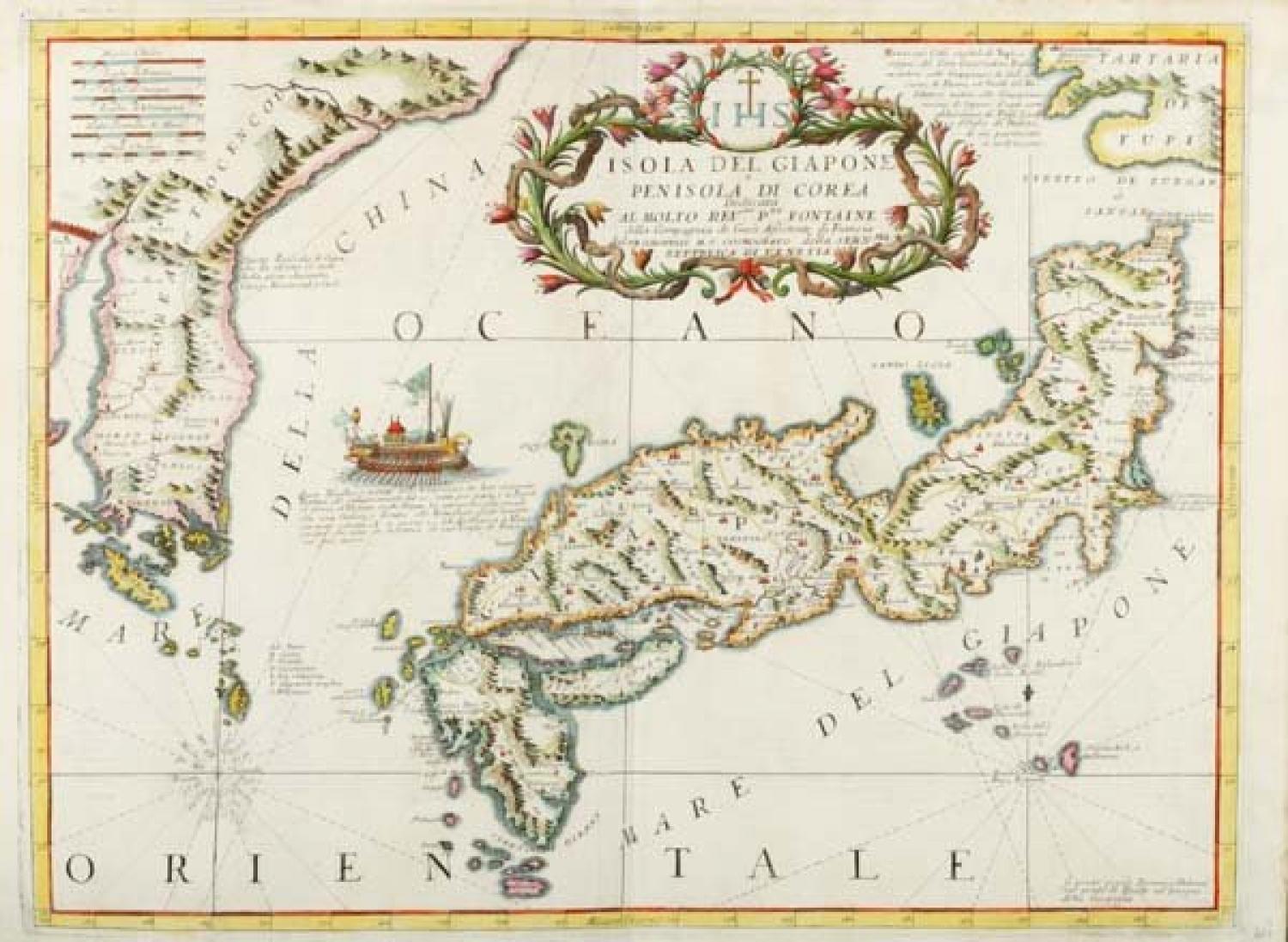 An elegant map of Japan from ''Corso Geographico Universale,'' Venice: c.1692-96. Text on verso in Italian.

''Tartaria de Yupi'' at northeastern corner separated from Honshu by ''Stretto de Zungar, O Sanger.'' Manchuria at northwestern corner, with Korea below shown as a peninsula and much closer to its actual shape than many maps published in the 18th Century. Geographic notes, some mentioning explorers, appear along Japan's coast. Coronelli (1650-1718), produced approximately 400 maps and numerous globes during his career, and in 1684 founded the world's first cartographic society, ''Accademia Cosmografica degli Argonauti.'' Early hand-coloring. Walter 43.