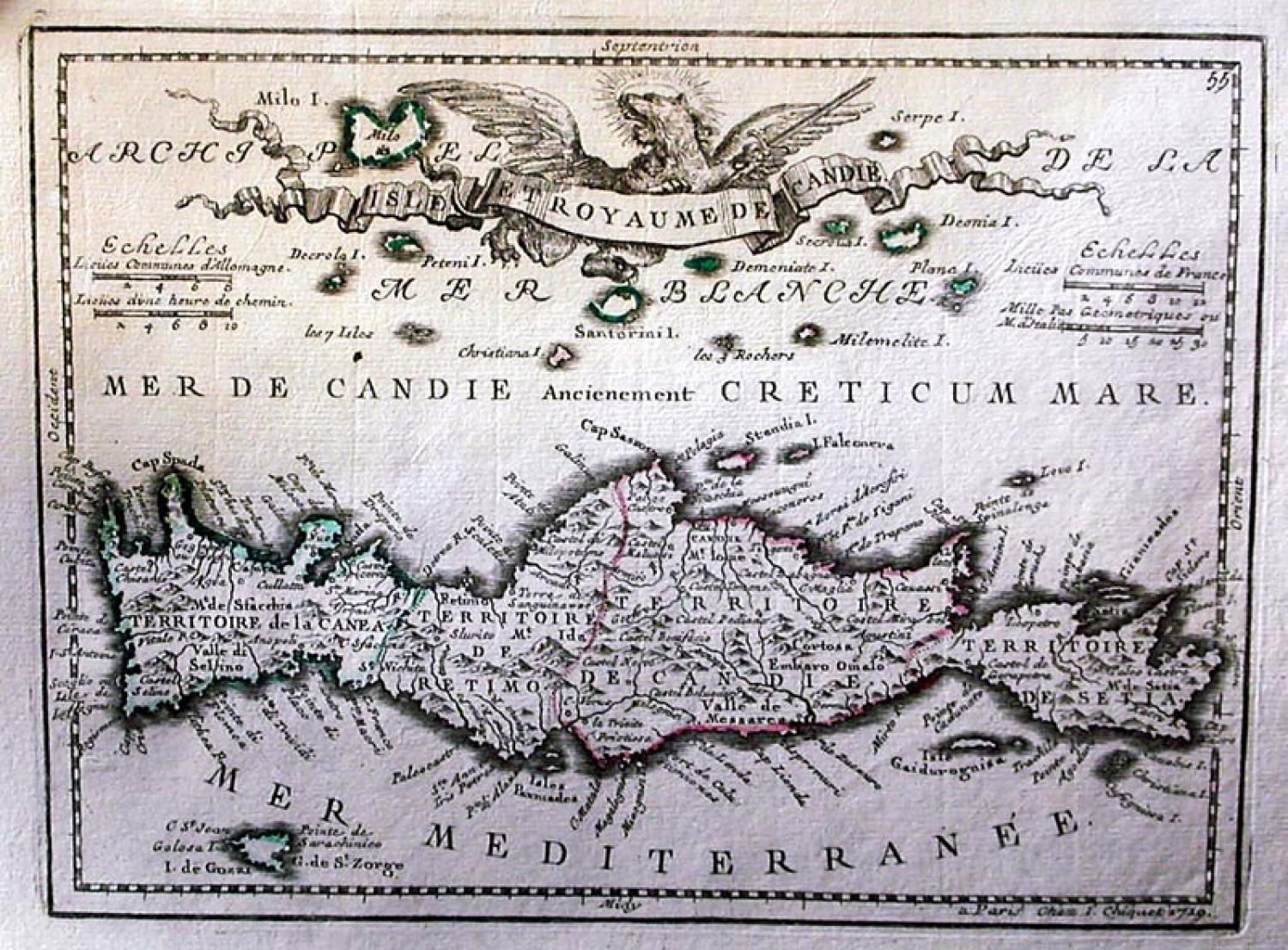 An attractive map of Crete with a splendid title cartouche at top centre shows of a winged beast brandishing a sword. The map shows some of the nearby islands including Santorini. Unusually, included with the map is an additional explanatory sheet of the engraving.