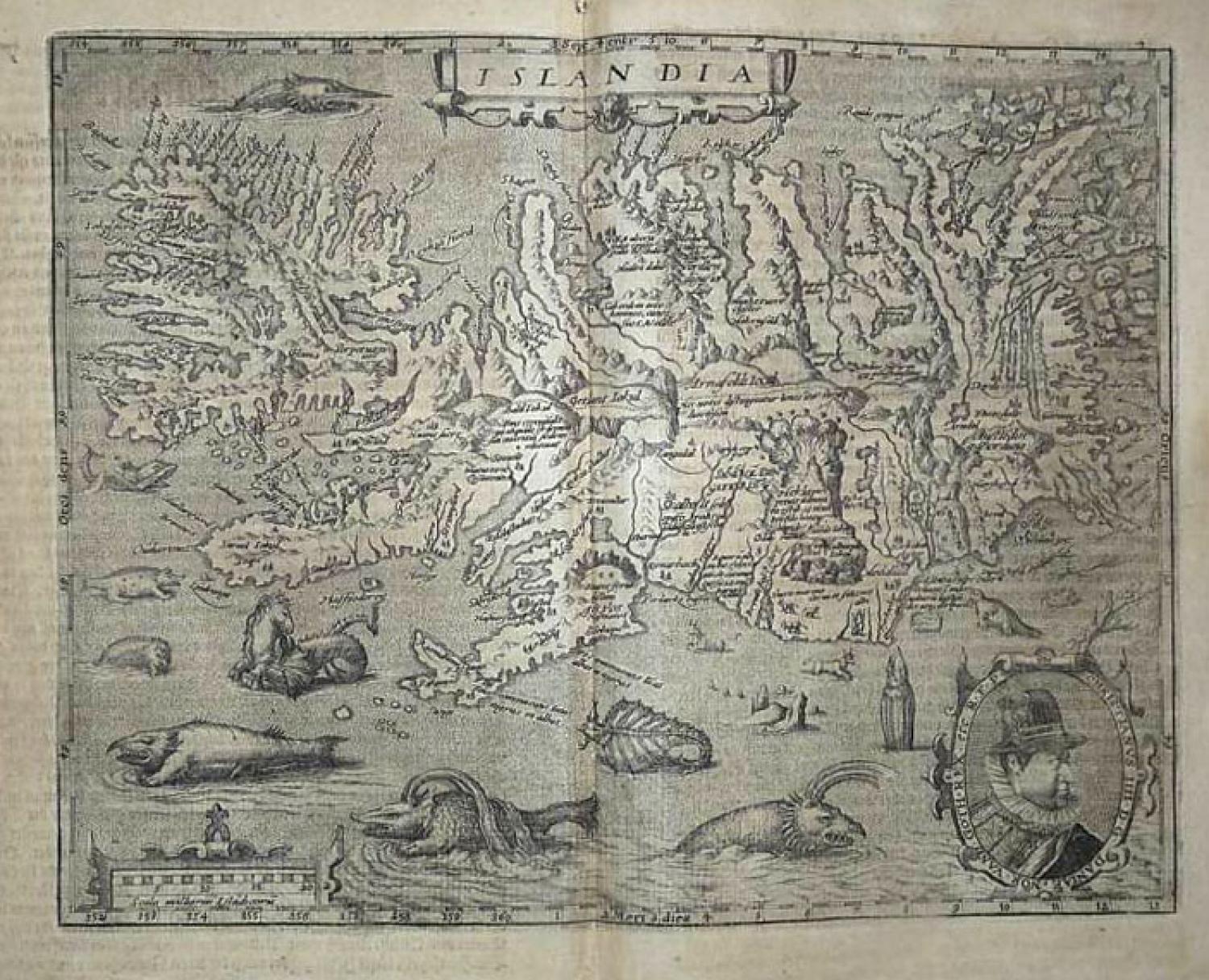 A very beautiful and decorative rare copper engraved Quad's map of Iceland, reduced from Ortelius's classic map of Iceland, one of the most decorative atlas maps of all time and the first relatively accurate map of Iceland from indigenous sources. Includes King Christian IV portrait. The map depicts Iceland in remarkable detail, including its mountains, fjords, glaciers and a graphic depiction of Mount Hekla erupting in a fiery explosion of flames and volcanic material. Along part of the coastline, Polar Bears can be seen floating on icebergs. The map includes over 200 place names, primarily Danish in origin and many of which are likely misread from the original map, owing to the different writing style employed in Iceland during the period. While the map is far from accurate, it depicts first time a meaningful depiction of all known settlements in Iceland and many other points of interest, including a number of glaciers. The map illustrates a remarkable array of the legendary and mythical sea monsters and creatures of the 15th and 16th Century, along with early depictions of the sea horse, manta ray, walrus and whale. Some of the more purely fanciful images may derive from tales of St. Brendan, a sixth century Irish missionary who, according to legend, journeyed to Iceland and whose name is associated with a mythical island of the same name. Others are traceable to Olaus Magnus's Carta Marina of 1539, although they were probably derived directly from Munster's Cosmographia of 1545 and most notably Munster's chart of the Sea and Land Creatures. The map is a vast improvement over all prior maps of Iceland and it is believed therefore that it could only have been drawn by an Icelander, most likely Gudbrandur Thorlaksson, Bishop of Holar, who studied mathematics and astronomy in Copenhagen. It is known that Thorlaksson made a map of the region in 1606. While no map of Iceland by Thorlaksson survives, there is other circumstantial evidence, including a list of churches and fjords which was available and perhaps prepared by Thorlakson, which were almost certainly used in preparing the map. While a privilege for Ortelius's map was granted in 1585, the map first appeared in the 1587 French edition of Ortelius' Theatrum Orbis Terrarum, the first modern atlas.

A dark impression on a good paper. Map in black and white. Paper with chains. Wide margins. Paper has overall toning and a small hole in the upper centerfold margin area. The map is folded at the centre with German text at the back. In general very good condition. 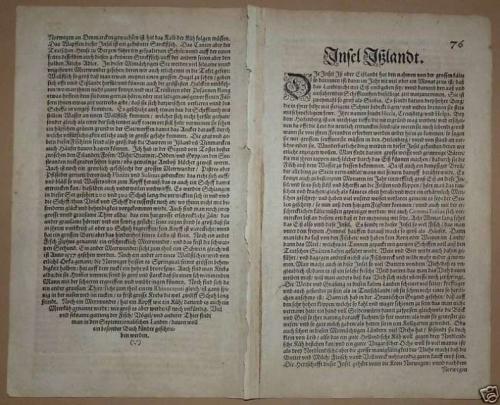 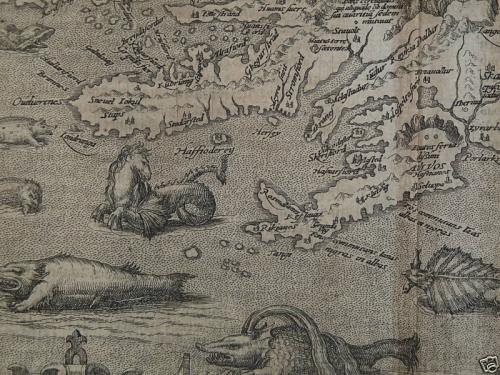