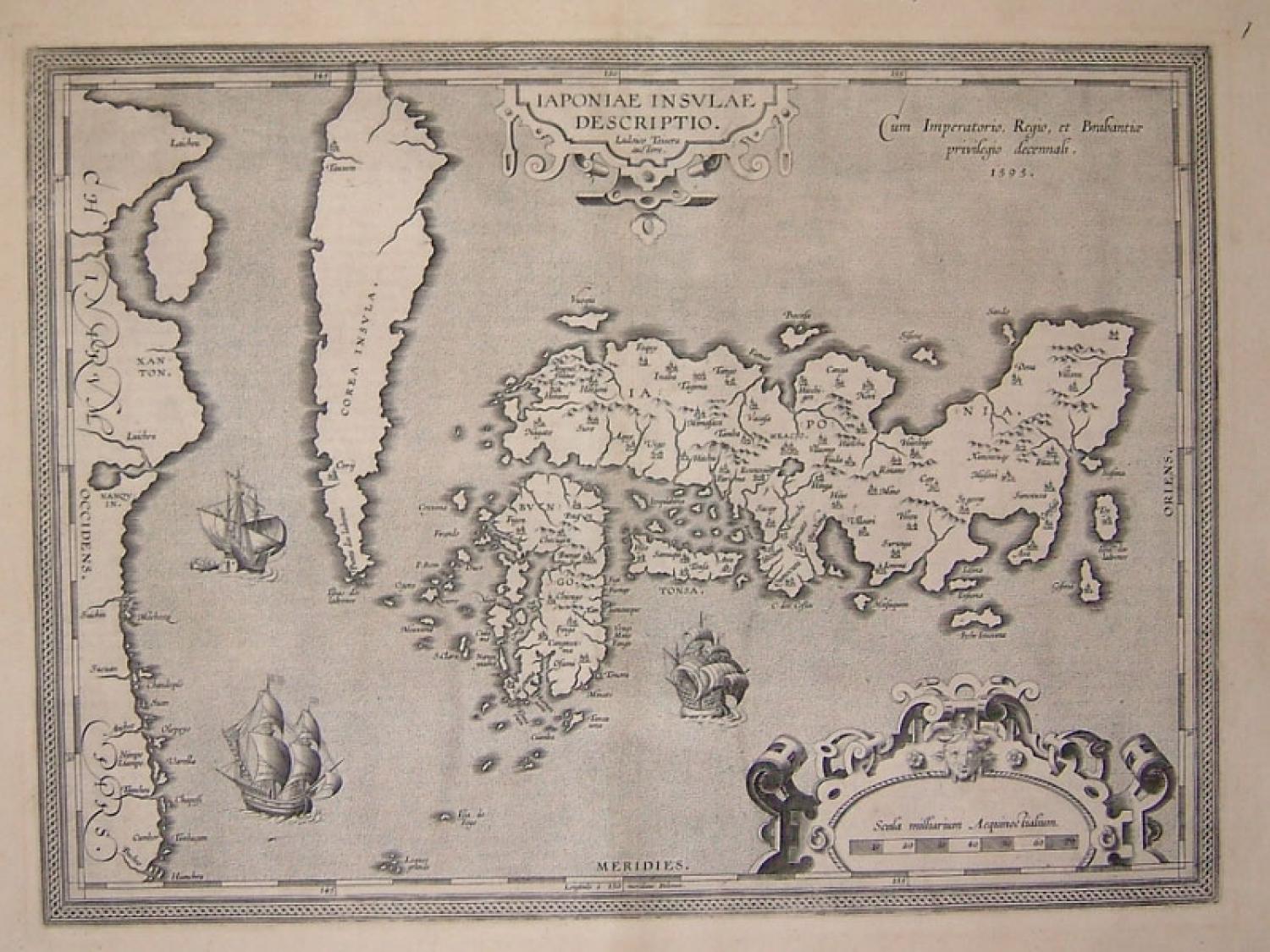 A famous map of Japan based on Ludovico Teixeira, a Portuguese Jesuit cartographer and mathematician. The first map of Japan published in a European atlas.

The map is richly embellished with three large galleons, two elaborate cartouches and a boldly engraved border. This influential map was to become the basis for many other cartographer's maps of Japan for more than fifty years.