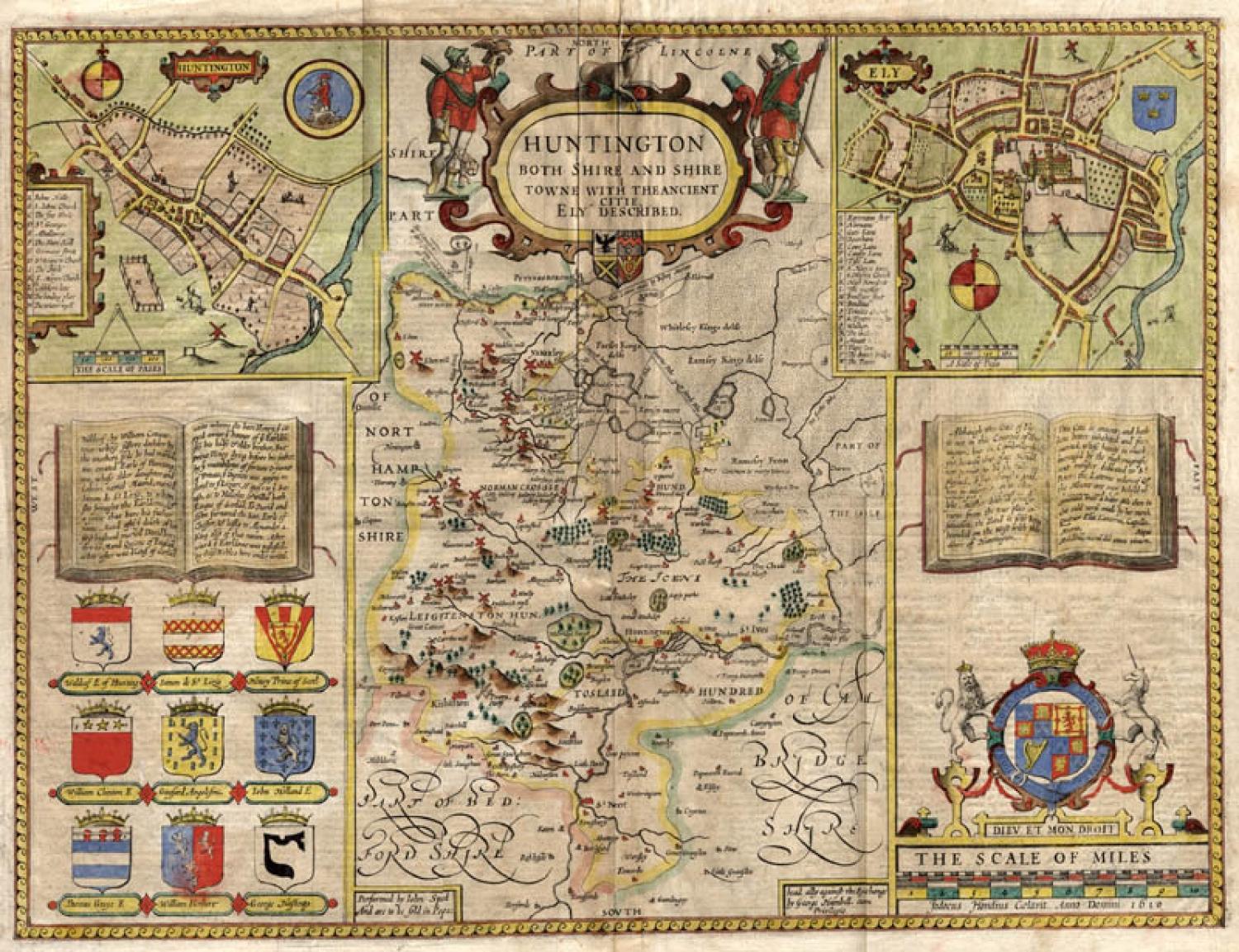 SOLD
From: ' The Theatre of the Empire of Great Britain'. Published by George Humbell, 1610 [or later].

This map has early hand colouring with an ornamental title cartouche, inset plans of Huntingdon and Ely, royal arms and numered armorials.