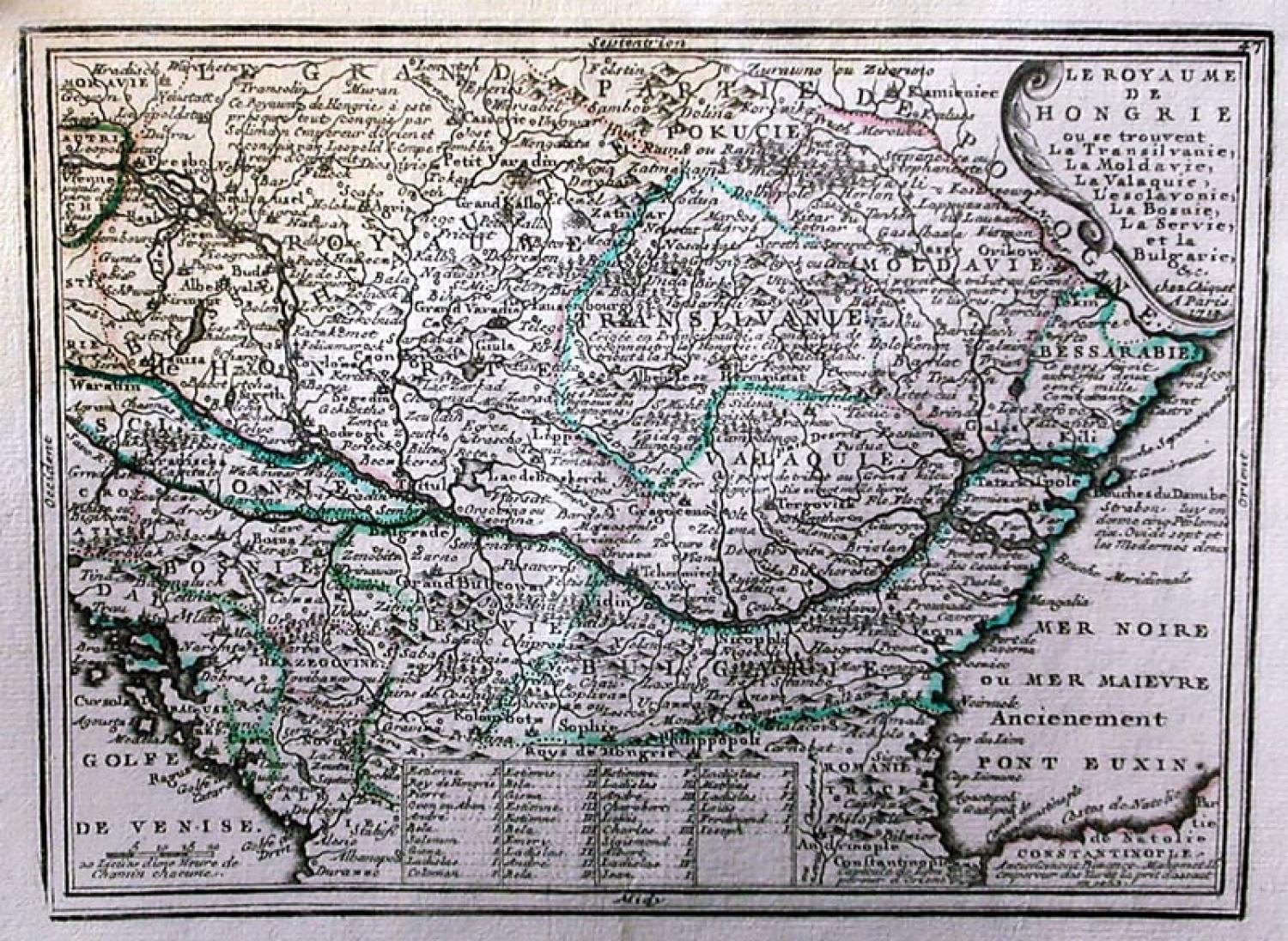 An attractive map of Hungary, including modern day Rumania, Moldavia, Bosnia, Serbia and Bulgaria. There is a list of Hungarian kings at lower centre. Unusually, included with the map is an additional explanatory sheet of the engraving.