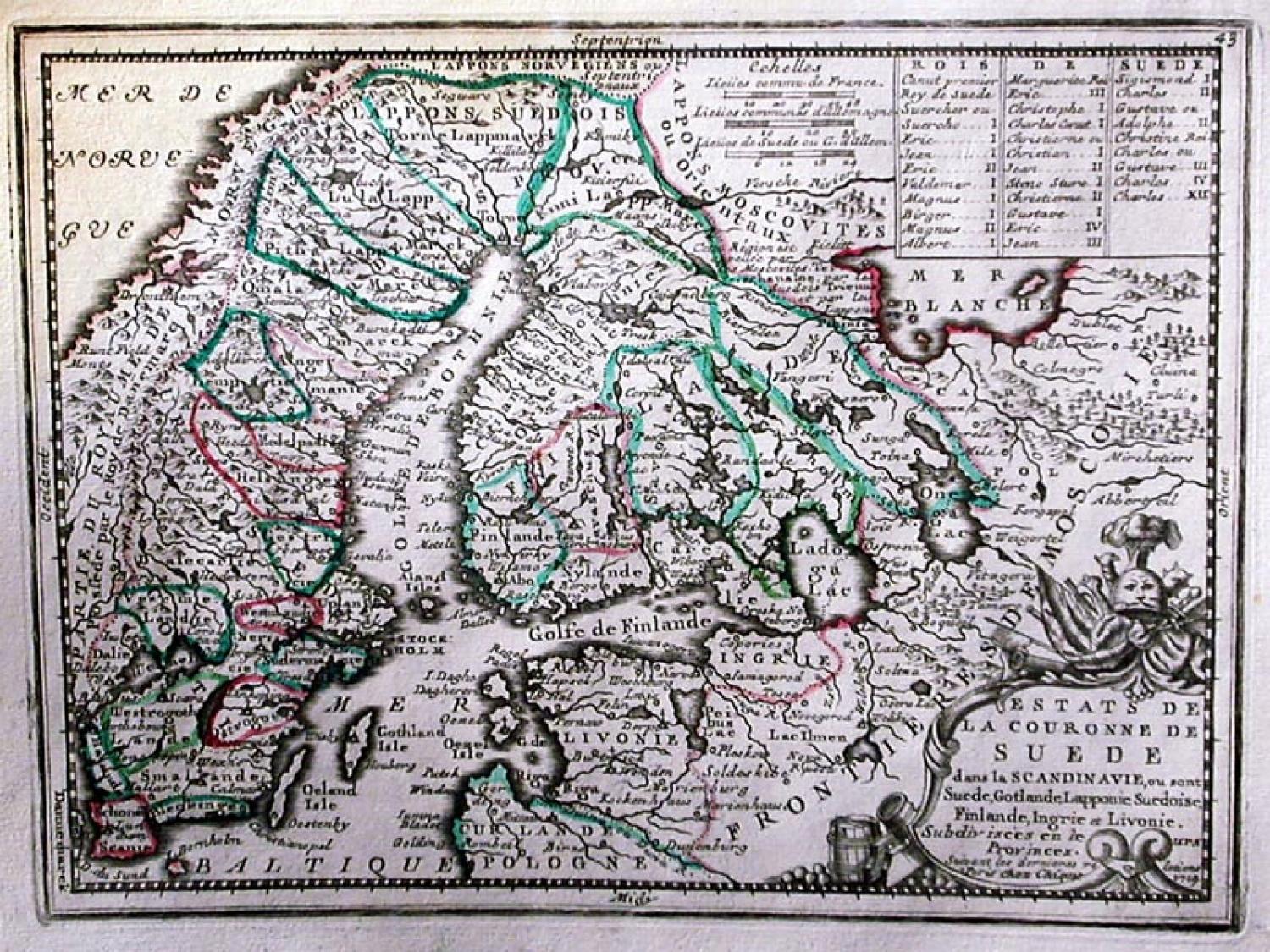 An attractive map of Sweden showing its provinces in outline, includings present day Finland, Latvia and Estonia. In the middle of the 17th century Carl Gustav XI almost managed to make the Baltic Sea his own private lake. The title cartouch depicting a barrel of gunpowder, cannonballs and other military equipment says it all. A list of the kings of Sweden are shown in the upper right hand corner. Unusually, included with the map is an additional explanatory sheet of the engraving.