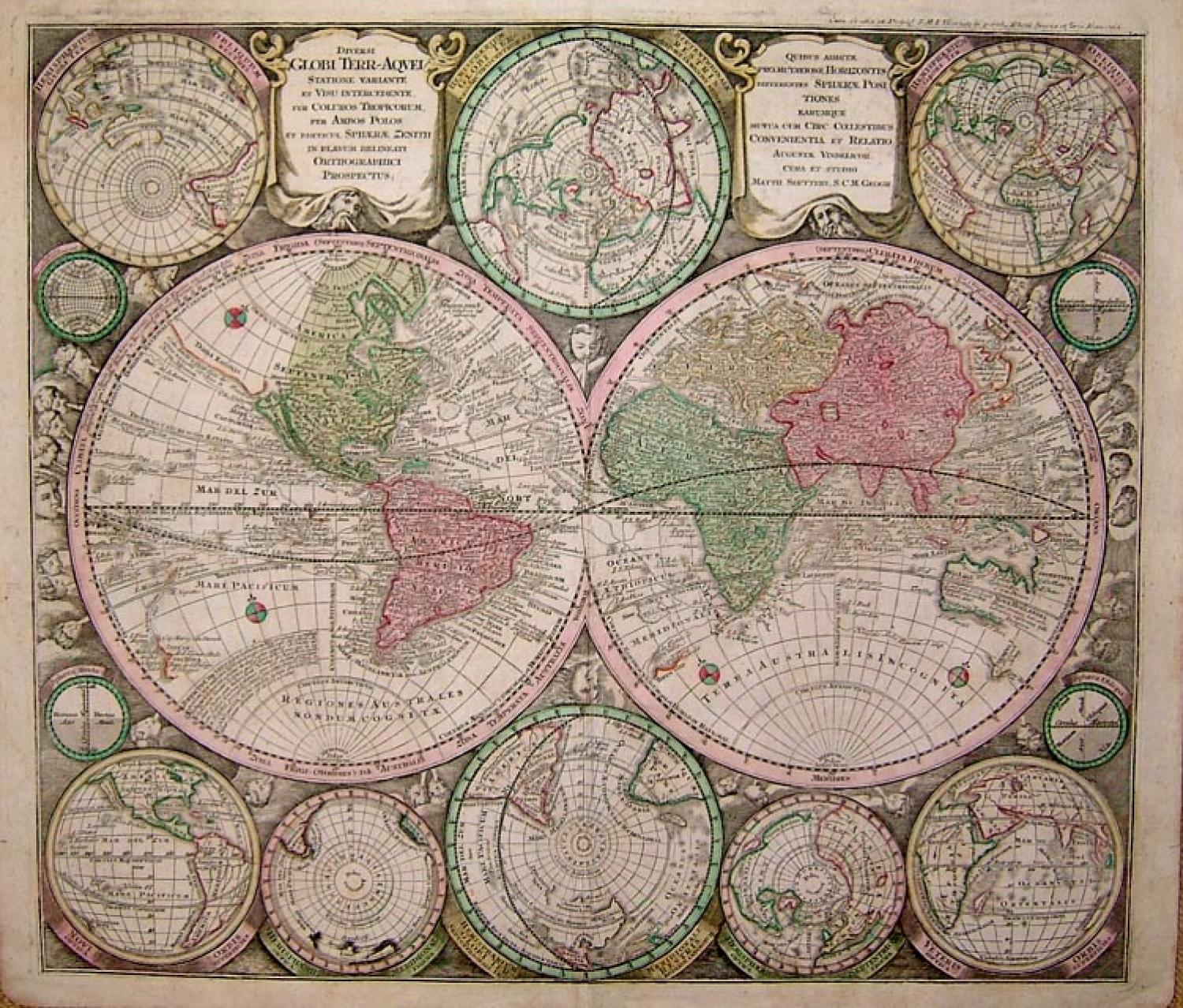 The magnificent, highly detailed world map from Seutter's set of world and continental maps features the world in two hemispheres, surrounded by windheads that recall 16th century maps and several smaller hemispherical maps displaying various polar and other projections. The main world maps are richly detailed, although the coasts of Australia and New Zealand are still incomplete and the delineation of Japan, now incorporating the land of Yedso, is very peculiar. California is depicted as an island in five of the projections.

The condition is very good on strong paper with mild toning in the margins.