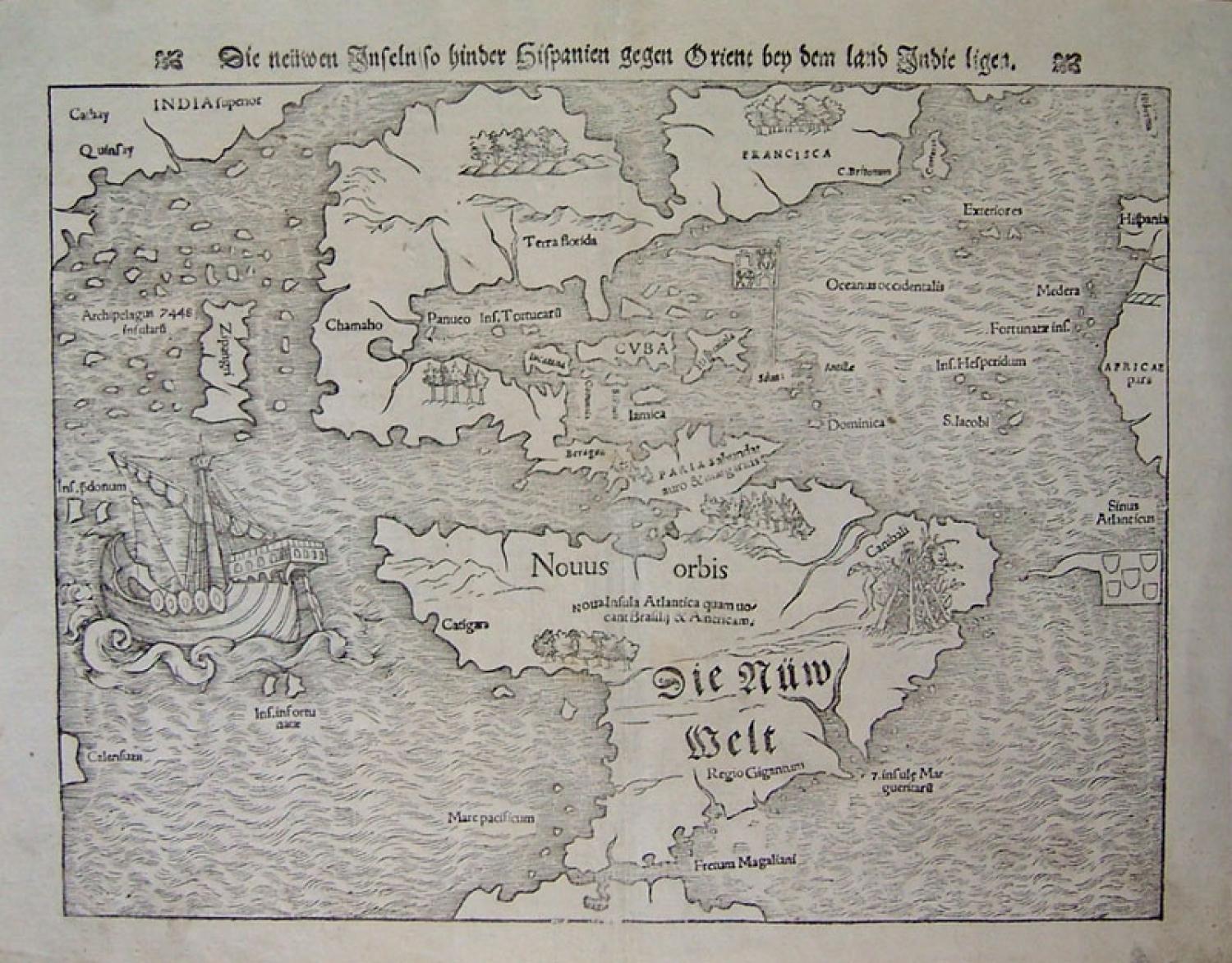 A cartographic milestone by Sebastian Munster that is noted for a number of firsts:

* It is earliest collectible map which shows the recently discovered Western Hemisphere.
* The map names the Pacific Ocean, Mare pacificum.
* The large island of Zipangri, here seen just off the coast of California, is one of the earliest attempts to depict Japan on a map.
* This map clearly depicts the New World as a distinct insular landmass and clearly shows the continuity between North and South America.
* This map's inclusion in Munster's Cosmography, first published in 1544, (a widely read book along with the Geography from 1540) helped to seal the fate of America as the name for the New World.
The flags of Spain and Portugal fly over their respective possessions in the Caribbean and South Atlantic. The large galleon sailing west in the Pacific is a representation of Magellan's ship Victoria, the first to circumnavigate the world. The flags of Spain and Portugal fly over their respective possessions in the Caribbean and South Atlantic. North America is almost separated by an inland sea reflecting Verazanno's voyage of 1524 in which he incorrectly assumed that Pimlico Sound, across the Outer Banks, was actually the Pacific Ocean. This depiction of the supposed Verazzano Sea extending through North America to within a short distance of the Atlantic helped to perpetuate the belief that a route could easily be found across the new continent to the rich Spice Islands of the east. This misconception helped to stimulate further exploration of the region. Munster's imaginative drawing of "canbali" in the area of present day Brazil shows the European fascination with reports of cannibalism. Besides Zipangri are the "Archipelagus 7448 insularum", the 7,448 island off the coast of Asia that Marco Polo refers to in his book and the same islands that Christopher Columbus thought he had reached in 1492.

Munster's map was widely considered to be the standard map of the Americas until the publication of Ortelius' Americas map in 1570.