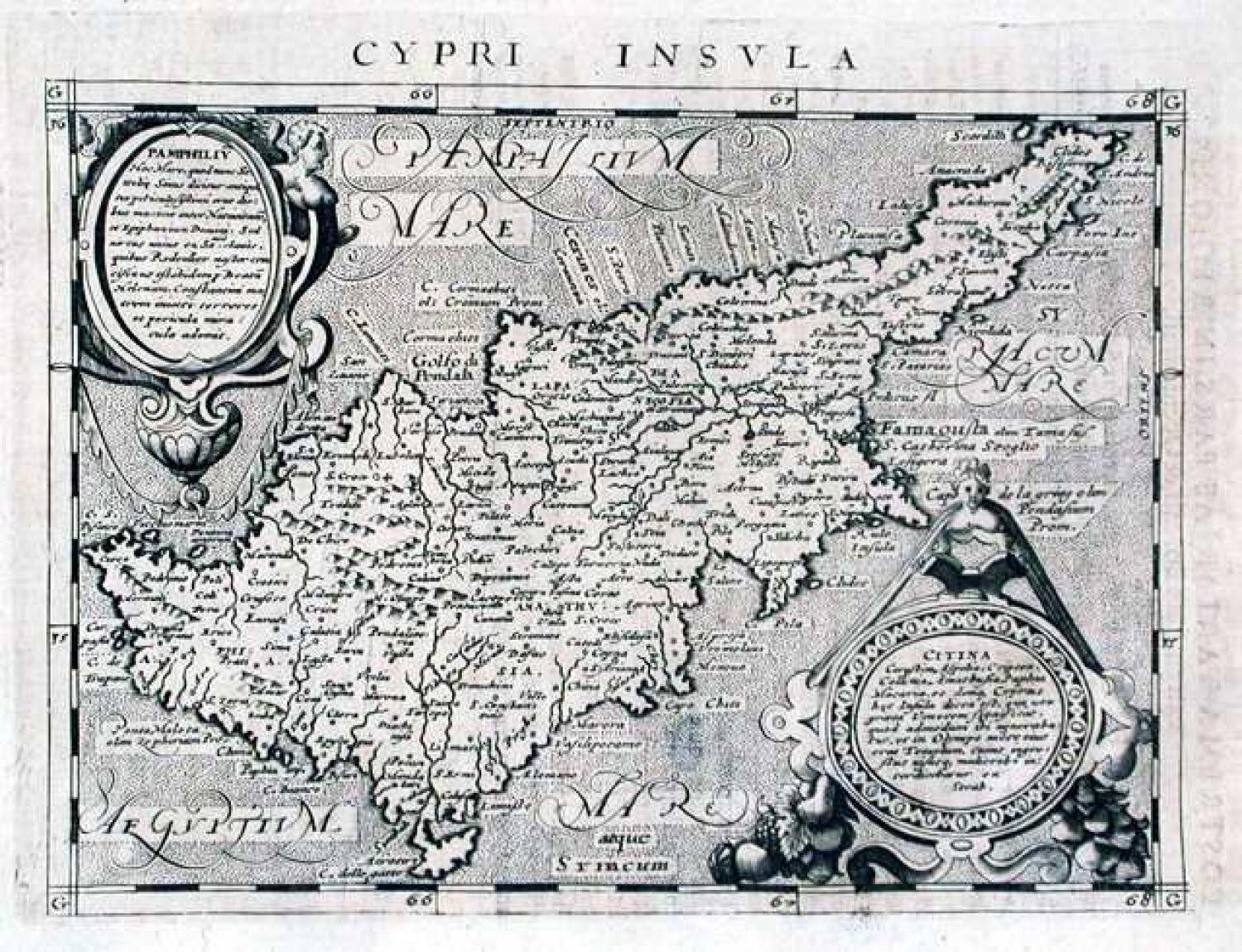 A detailed map of Cyprus with two elegant cartouches describing historic events of the island. Text on verso.