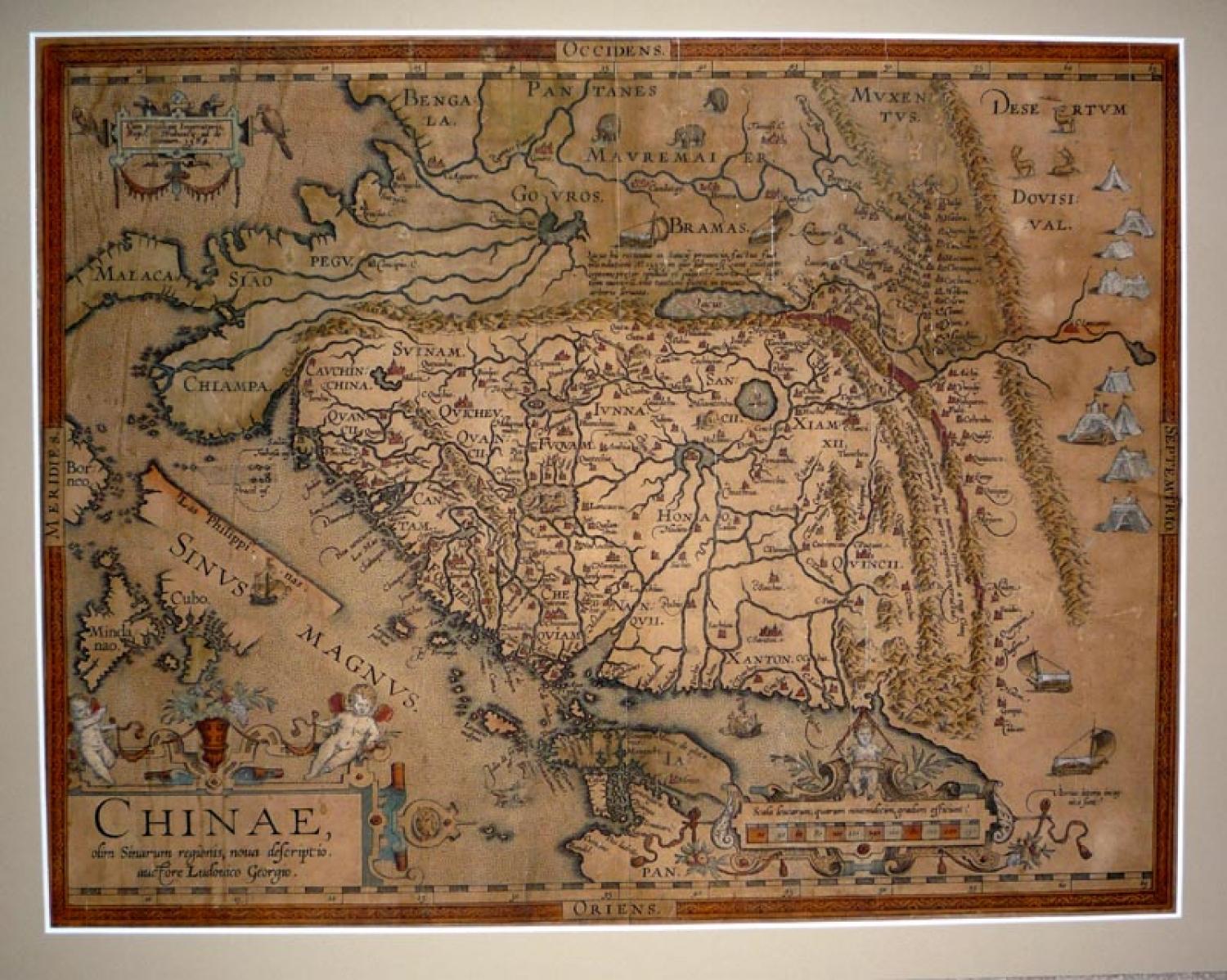 The first printed map of China. It is signed by Ludovico Georgio, whose real name was Luis Jorge de Barbuda. He was a Portuguese Jesuit cartographer and besides that a spy for his Spanish employers. He also produced an early history of China from which of the information for this map must have been drawn. The outline shows the region horizontally orientated with north to the right of the page and includes parts of Indo-China, the Philippines and most of Japan. The Great Wall of China is shown as are the Tartar ""yurts"" or travelling tents dotted across the plains and steppes of Central and Eastern Asia. Notable is the illustration in eastern China of the wheeled sail machines."

This map is in need of restoration and this is reflected in the price. The map has been rebacked to stabilise some minor loss and is shown in the mount. The original colour has faded and there is overall toning and some loss within the image area where the green colour has deteriorated. A chance to acquire a cornerstone map at a very reasonable price - would frame well in its current condition. Not for the perfectionist but a very decorative and historically important item.