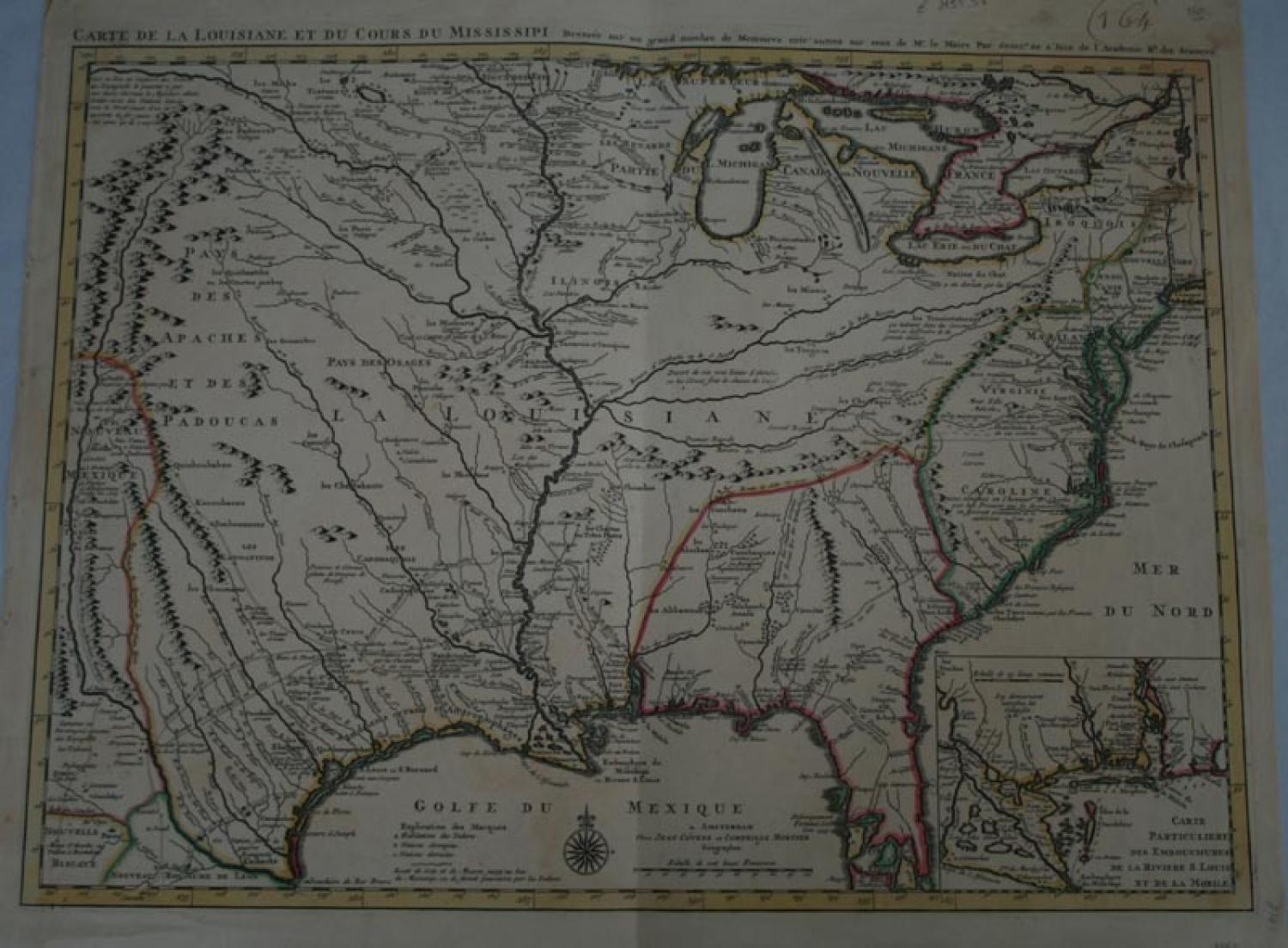 When issued in 1718 by Guillaume de l'Isle, it was the first detailed map of the French possessions of Louisiana, the Gulf region and the Mississippi river system. This 1730 Covens Mortier edition was updated to includes the newly founded town of New Orleans, otherwise, it is essentially unchanged.

This map was the chief authority for half a century. Details include the upper Mississippi and Ohio Rivers with their several tributaries; indications of the Missouri River, much of this information having been gathered direct from French explorers and fur-traders. Also indicated are Texas, shown by the 'Mission de los Teijas' established in 1716; New Orleans, founded in 1718; an overview of Hernando de Soto's explorations in the Southeast in 1539-1542. Alonso de Leon's in 1689, as well as French tracels in 1716 by St Denis.

De l'Isle's map caused angry English reaction on its first appearance. Note that France claims practically all of North America to the west of the Appalatians, the English seaboard colonies deliberately reduced in extent and scale. A little fantasy, however, creeps in by way of the Michigan peninsula, with the long range of Mountains along its central area." -Goss. References: Goss, The Mapping of North America, Map 51.

"...This edition published by Covens & Mortier remains unchanged from the original edition of 1718. The first detailed map of the Gulf region and the Mississippi, the first printed map to show Texas [Mission de los Teijas establie en 1716], the first to show the land routes of earlier centuries - De Soto in 1539 and 1540 and his successor Moscoso in 1542, Cavelier in 1687, Tonty in 1702 and the recent routes of Denis in 1713 and 1716. The map had political implications and outraged the English by laying claim to Carolina "so named in honour of Charles 9th by the French who discovered it and took possession and established themselves in 15..." and as a further insult, "Charles Town [Carolina] named by the French Carlefort".
TOOLEY: Mapping of America, pp.21-22, #43, plate 11.

Condition: The map has typical minor age spots in a few areas (mentioned for accuracy), but definitely does not detract. There is a minor centerfold tear in the top middle margin of the map, but does not touch nor come into the image (or lettering). In the far left margin, there is a series of sporadic holes, again, along the outer edge; probably, for attaching the edge of the map to some object. There are old dealer or collector notes in the margin as well as old pricing, most written in pencil (can be erased, but kept for nostalgic). On this same line, there is a very old "164" written in very old ink (probably 18th century) in the upper right margin. The upper top edge, when viewed from the back, show some old residual mounting traces, thinning and minor repairs. Most can be hidden when properly framed, and, as such, considering the significance of this map, minor! 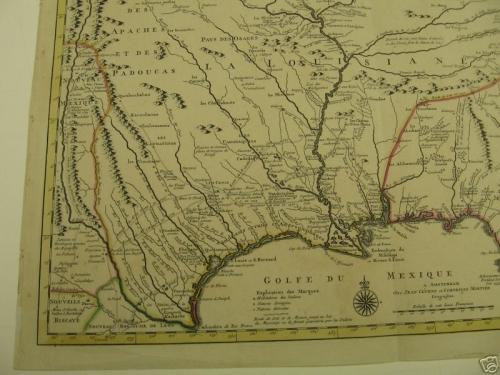 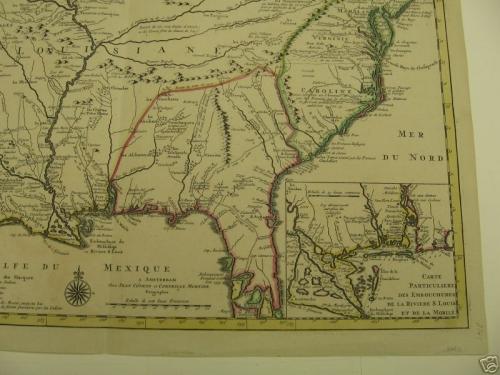