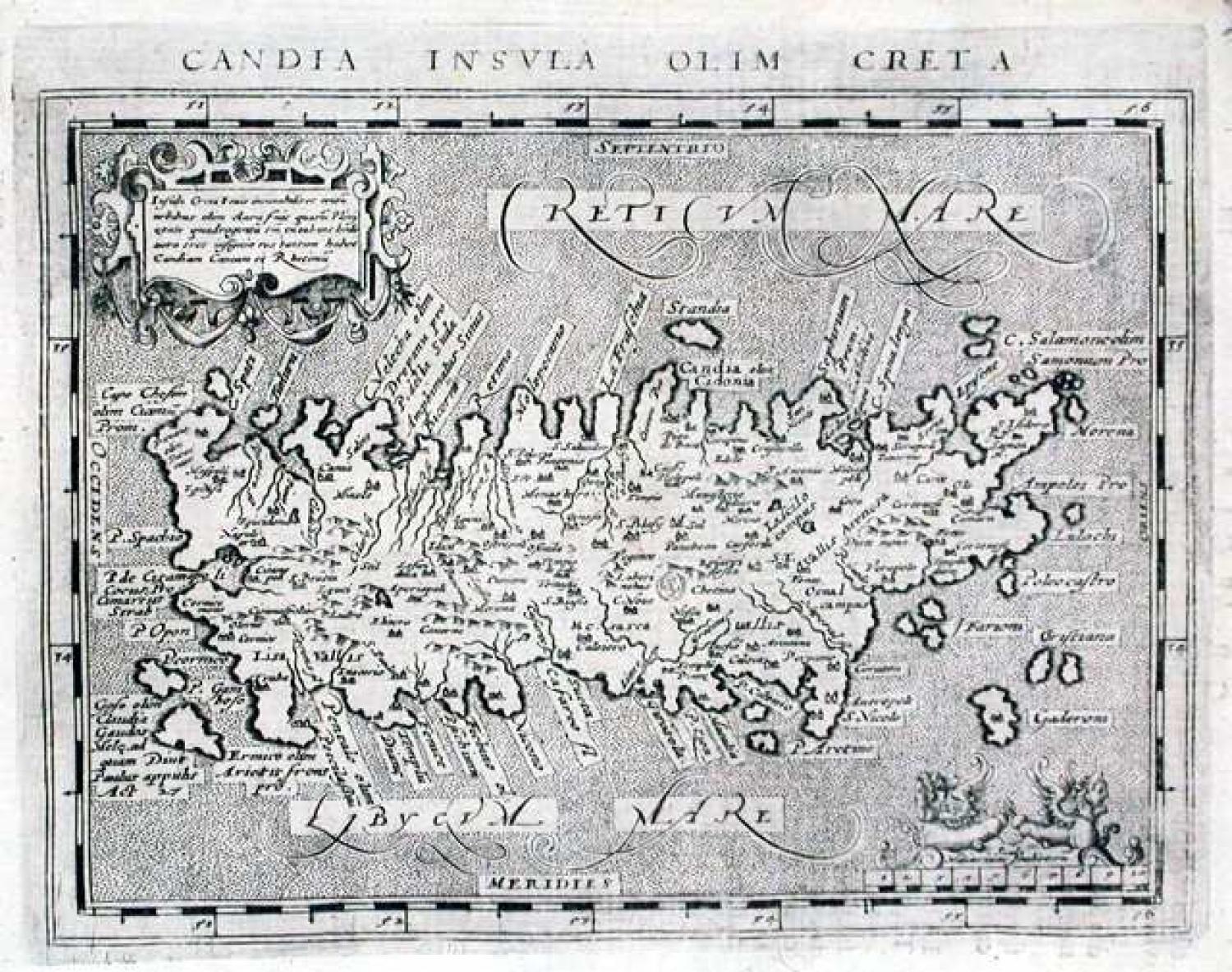 A sought-after map of Crete with the labyrinth depicted. Text on verso.