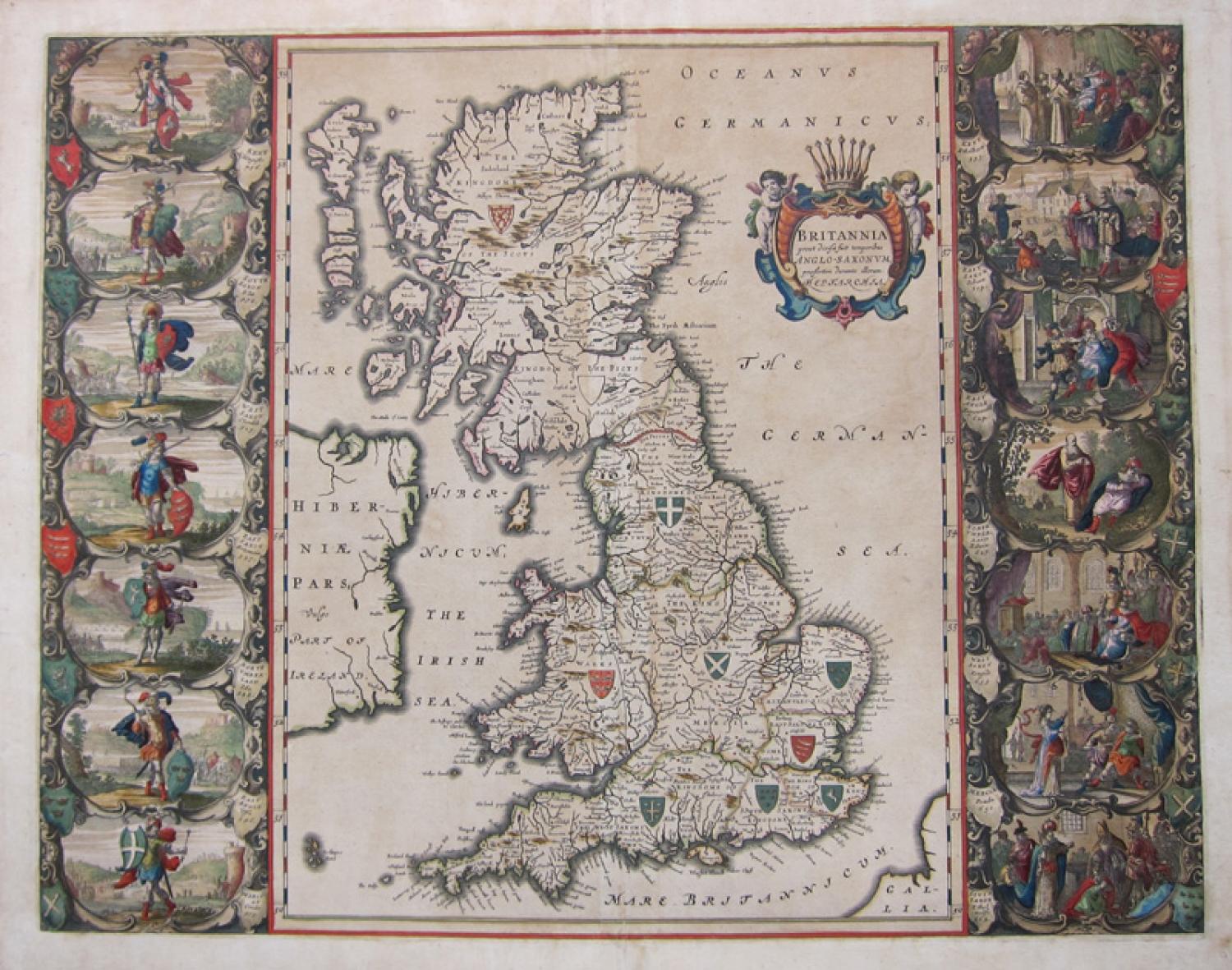 An impressive and decorative historical map of the British Isles with the seven Anglo-Saxon kingdoms, Northumbria, Mercia, East Anglia, Essex, Kent, Sussex and Wessex. Each of the fourteen vignettes - seven on each side of the map - is a work of art in its own right; miniatures in the style of renowned Dutch painters of the day.

In good condition with minor toning, a few margin chips and a two inch centerfold repair at top and bottom.

Shirley states in his book 'Early Printed Maps of the British Isles 1477-1650' - "When coloured in the best contemporary tradition, Bleau's map is one of the finest available". 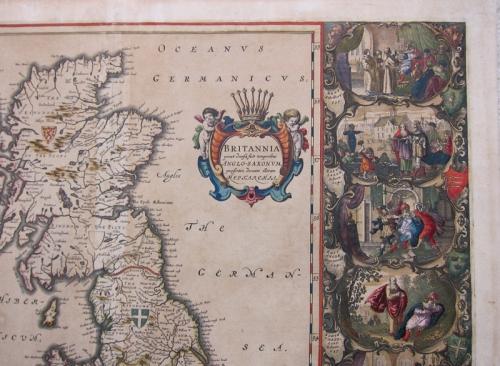 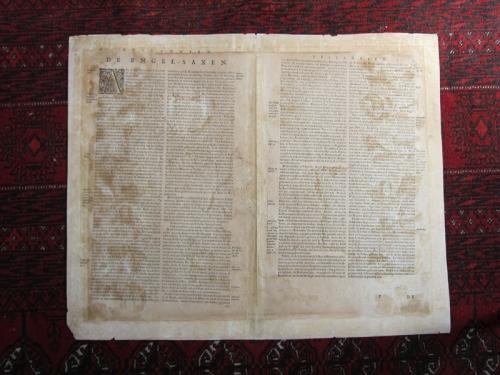