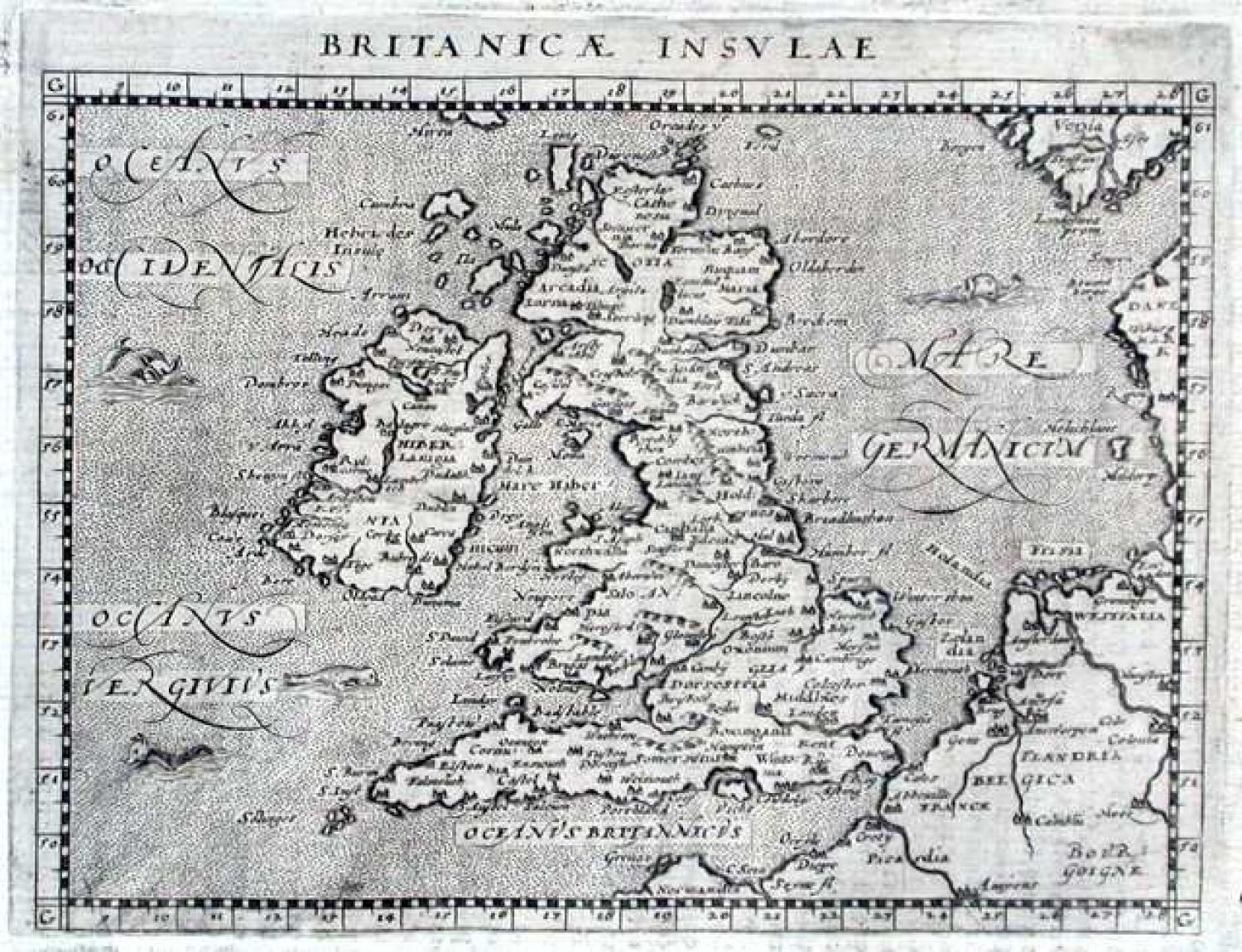 A map of the British Isles with Scotland strangely compressed. It is, however, one of the earliest maps to show a river bridge at London. Text on verso.