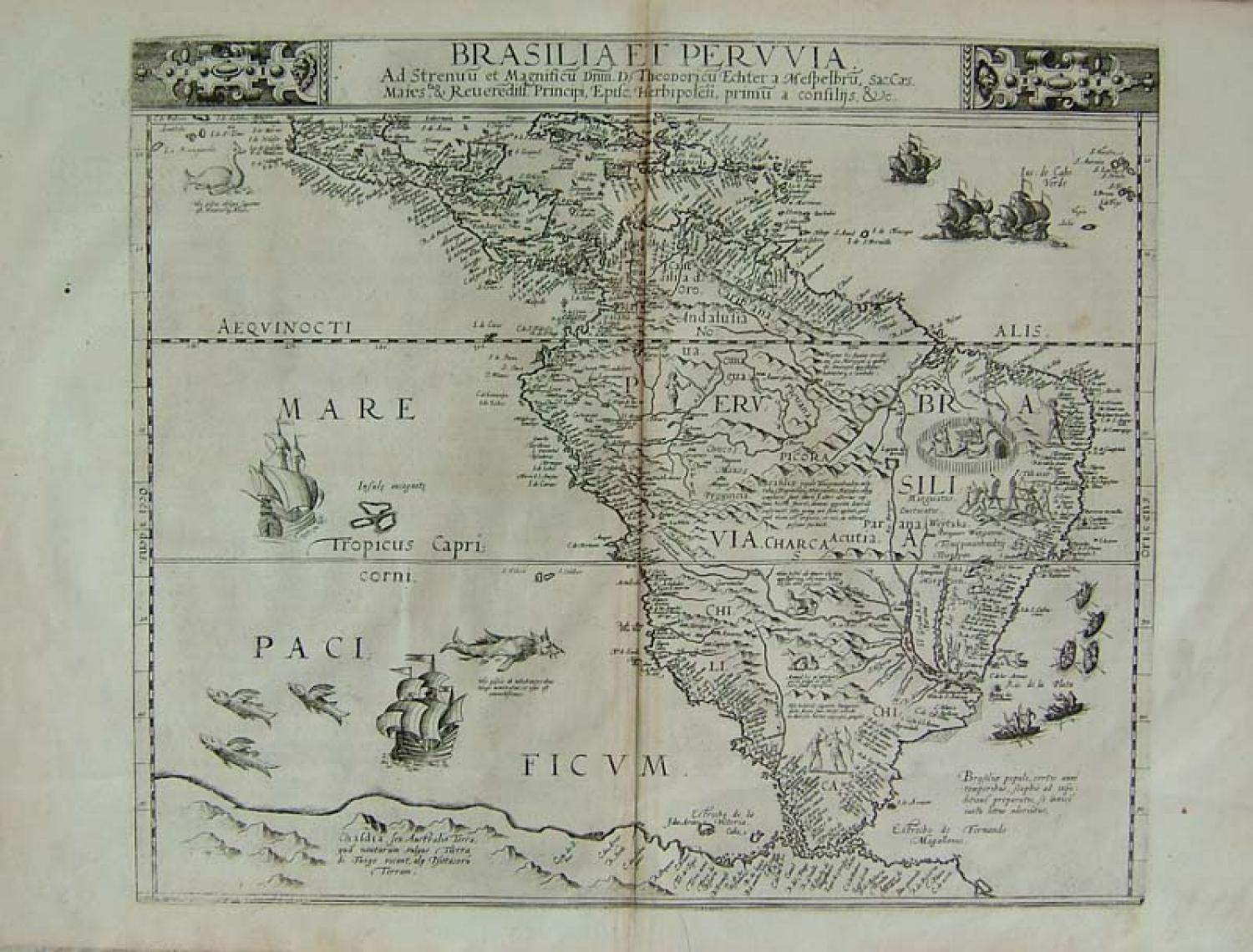 A stunning map of South and Central America up to Cuba, decorated with Indians and animals in the hitherto unknown parts of the continent, while several ships and sea monsters are depicted in the waters.

The map is among the very few maps which reference the Straits of Magellan with its earlier name, Estrecho de la Victoria, the name used by Pigafetta in is description of Magellan's voyage, named for Magellan's flagship, which illustrated to the west of the Strait. The map also includes detailed information and annotations on the Unknown Southern Continent. The information incudes a number of place names and annotations.

In the interior parrts of South America, the larger river systems are shown, along with annotations describing the regions, flora and fauna. There are many decorative elements, including native scenes and the map is embellished with ships and sea monsters.

The rarity of the map is due to the fact that it was only published in the 2nd edition of de Jode's atlas, which "too is very scarce" (cf. Burden p. 105). The condition is very good - no repairs, full margins and only slight centerfold toning. Original antique condition.