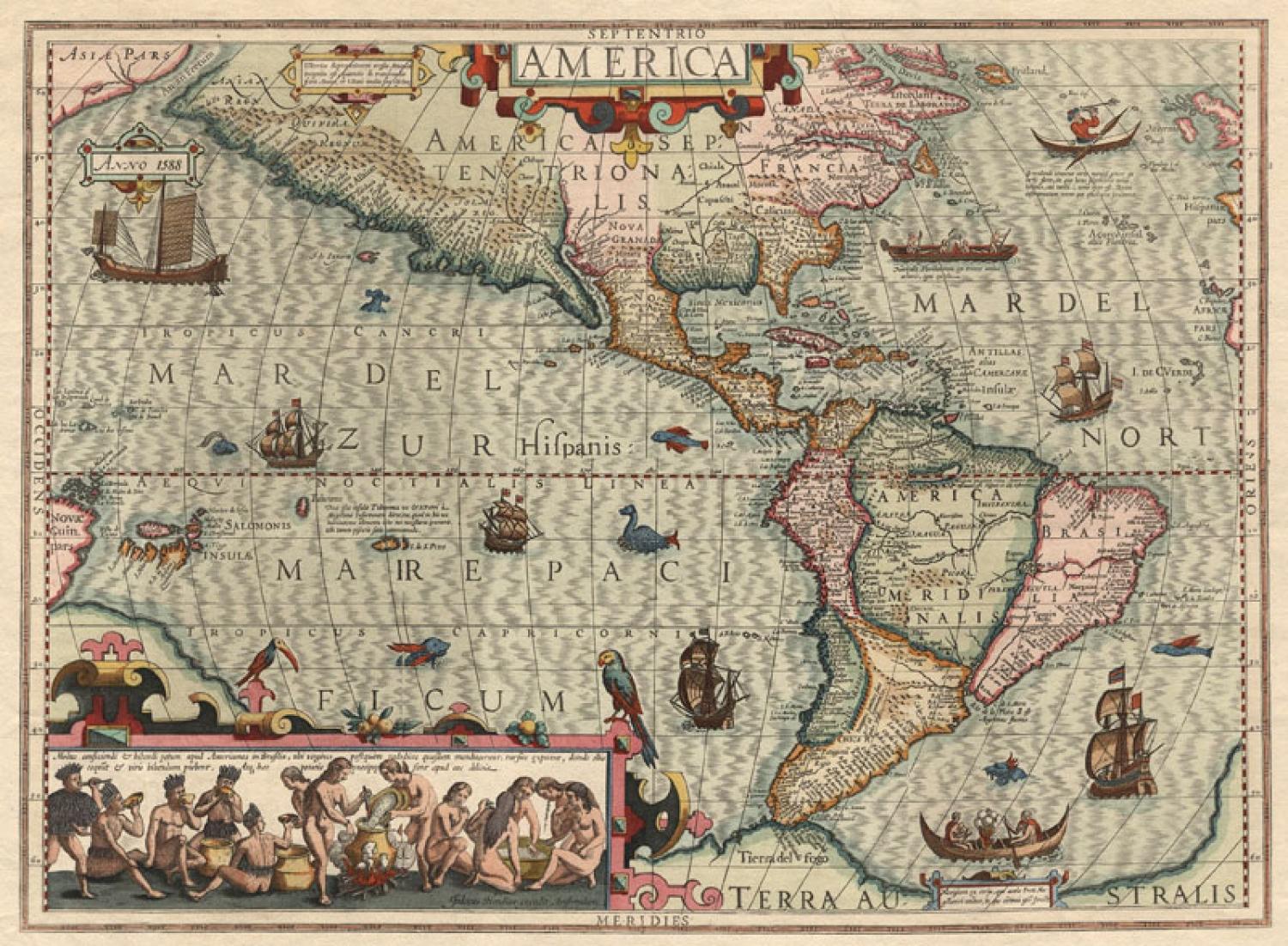 This is a 1930s copy of one of the most elaborate examples of fine Dutch cartography that was originally engraved by Jococus Hondius.

The map has been printed from a plate and is identical to the original except for the date '1588' in the cartouche at top left. The map was most probably intended for educational use in a time before the widespread adoption of photographic techniques. Today it makes a beautiful presentational item.

The map is decorated with cartouches and in the lower left of the engraving is a vignette depicting Brazilian Indians making an intoxicating brew from the mandioca root. This engraving is drawn from De Bry and based on the voyage of Hans Staden. Europeans during the Discovery Period were intrigued by the lives of native Americans described by explorers, particularly their more exotic practices.

There is an interesting array of sea monsters and ships, including Oriental and Native American craft. The figure in the upper right hand corner in a kayak with a harpoon is the famed English explorer, Martin Frobisher.

The stenographic projection is based on various sources. It corrects the western coastline of South America. However, North America is still enlarged with the northwest coast heading radically west. Newfoundland is based on Plancius and Virginia is overly exaggerated. The coastlines are fully engraved with place names.

The condition of this 1930s print is very good on strong paper with wide margins. There are no discernible faults.

This is a copy of one of the great decorative maps of the Western Hemisphere.