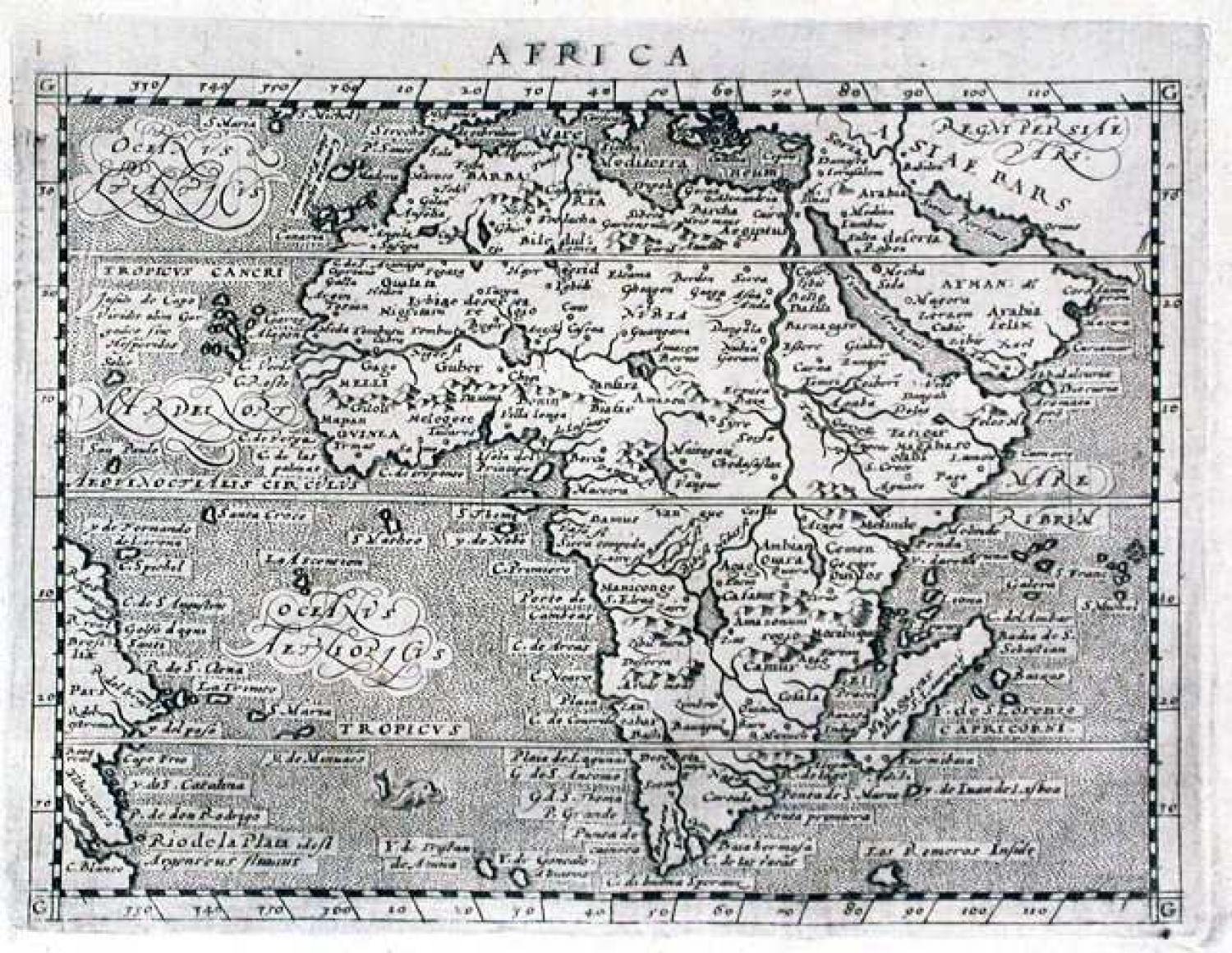 A detailed map of the African continent and the Atlantic Ocean stretching to the east coast of South America. Numerous fictitious islands are depicted. Text on verso.