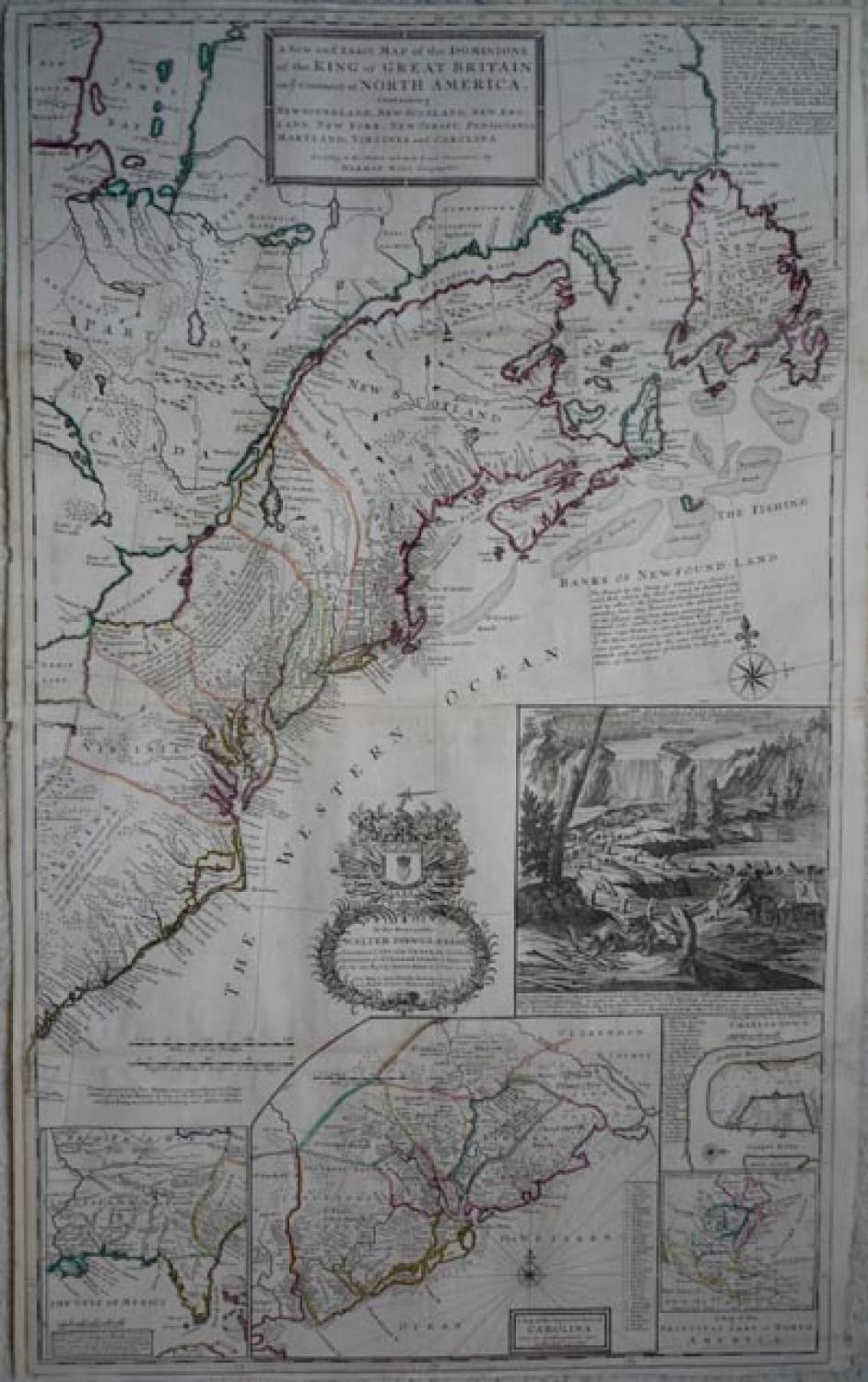 SOLD A New and Exact Map of the Dominions of the King of Great Britain...

SOLD
Title: A New and Exact Map of the Dominions of the King of Great Britain... Containing Newfoundland, New Scotland, New England, New York, New Jersey, Pensilvania, Maryland, Virginia and Carolina. According to the Newest and most exact observations by Herman Moll Geographer. [London]: T. Bowles, John Bowles, and J. King, 1715 [but 1731].

An iconic map, on two joined sheets, hand-colored in outline, with an elaborate cartouche in the lower center with a dedication to the Honourable William Dowglass. There are five inset maps or scenes added in lower portion, including "A Map of the Improved Part of Carolina", "A Map of the Principal Part of North America", "A View of ye Industry of Beavers in Canada", "A Draught of ye Town and Harbour of Charles-Town", and a map of Louisiana and East Florida.

Moll's famous "Beaver Map" (state 4) documents the ongoing dispute between Great Britain and France over the boundaries separating their colonies in America. The map explains the postal routes throughout the British territories and is generally thought to be the first postal map of the colonies. In sections of text Moll describes the Iroquois along the Appalachian Mountains as "...hearty friends to the English..." and explains the terms outlined in the Treaty of Utrecht. The striking beaver scene inset serves to not only symbolize the industriousness needed to settle in America but also the lucrative fur trade spreading wealth and opportunity among the colonies.

In very good condition with all margins intact. There is an area of repair at the fold on Newfoundland with a few place names repaced in facsimile. I have detailed pictures of this that are available on request. Also two small areas of margin replacement at the lower centerfold.

(All repairs have been professionally executed to museum standard and are reflected in the asking price for what would normally be a USD 25000 - 35000 map). Overall: stunning. 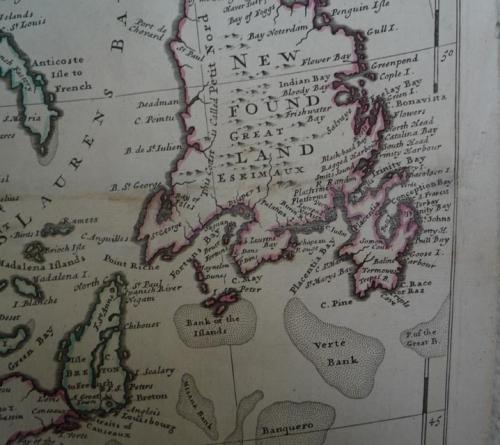 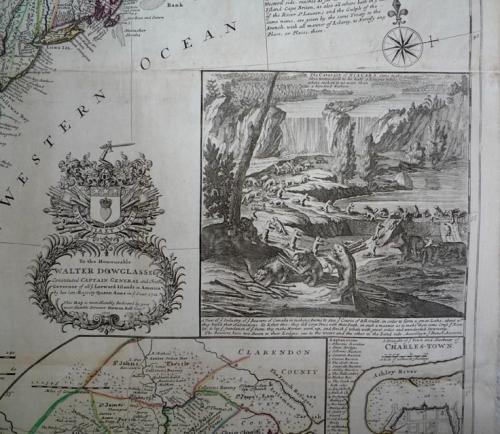