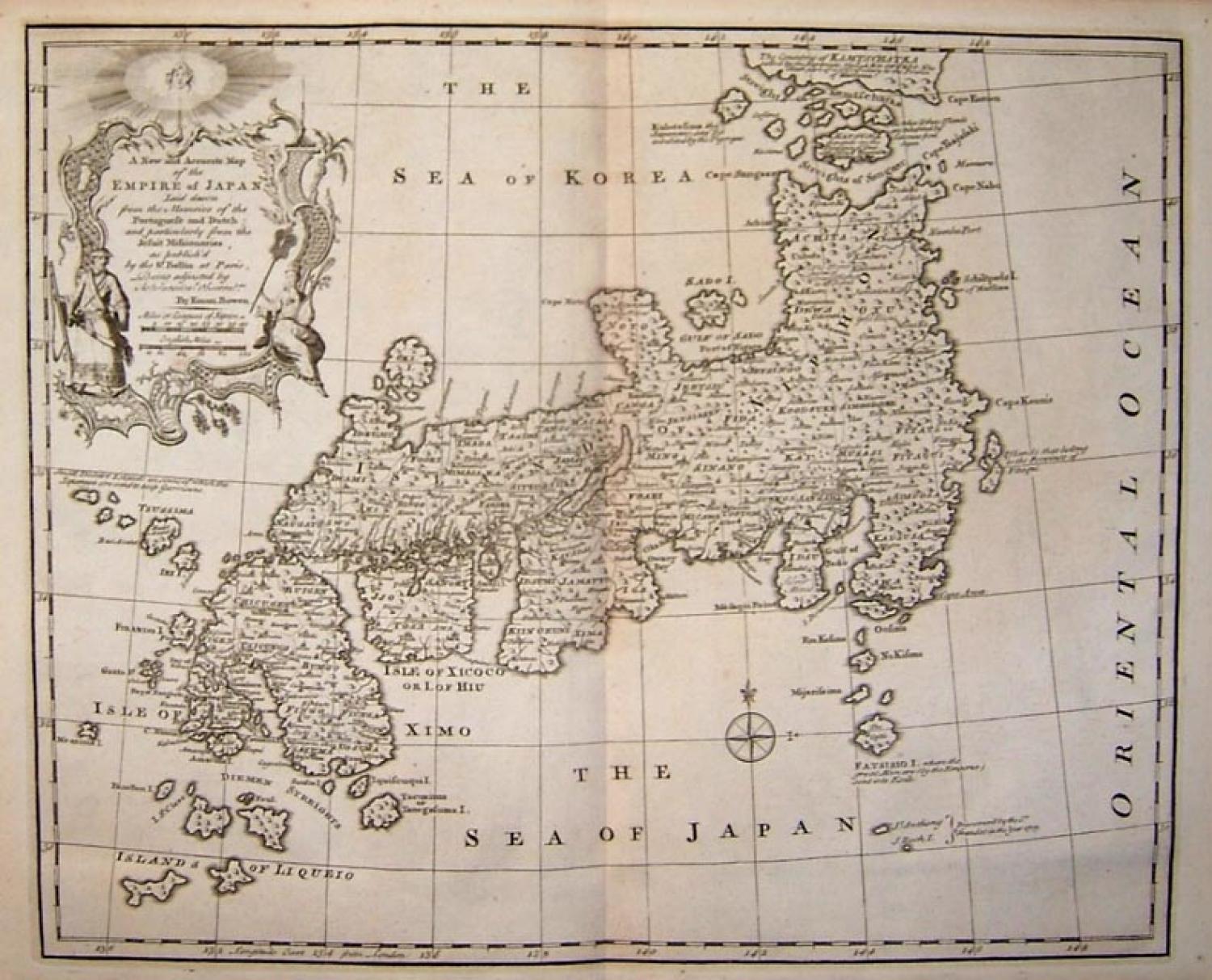 SOLD A New and Accurate Map of the Empire of Japan

SOLD
Title: 'A New and Accurate Map of the Empire of Japan'.

Laid down from the Memoirs of the Portugese and Dutch; and particularly from the Jesuit Missionaries, as publish'd by the Sr. Bellin at Paris, Being adjusted by Astronomical Observatns. By Eman. Bowen. London: Printed for T. Osborne, A. Millar, et al. To accompany the modern part of The Universal History of the World.

The map identifies Provinces, towns, islands, lakes, mountains, silver mines, etc. Several annotations note the recently discovered islands, colonial details, etc. The area north of the main island is especially interesting. Large attractive cartouche. One of the best English maps of Japan issued in the mid 18th Century. First issued in 1747 and closely modelled on Nicolas Bellin's map of 1735. Emanuel Bowen was a prolific engraver and publisher in London between 1720 and 1767. He held the appointment of engraver both to George II and Louis XV of France.