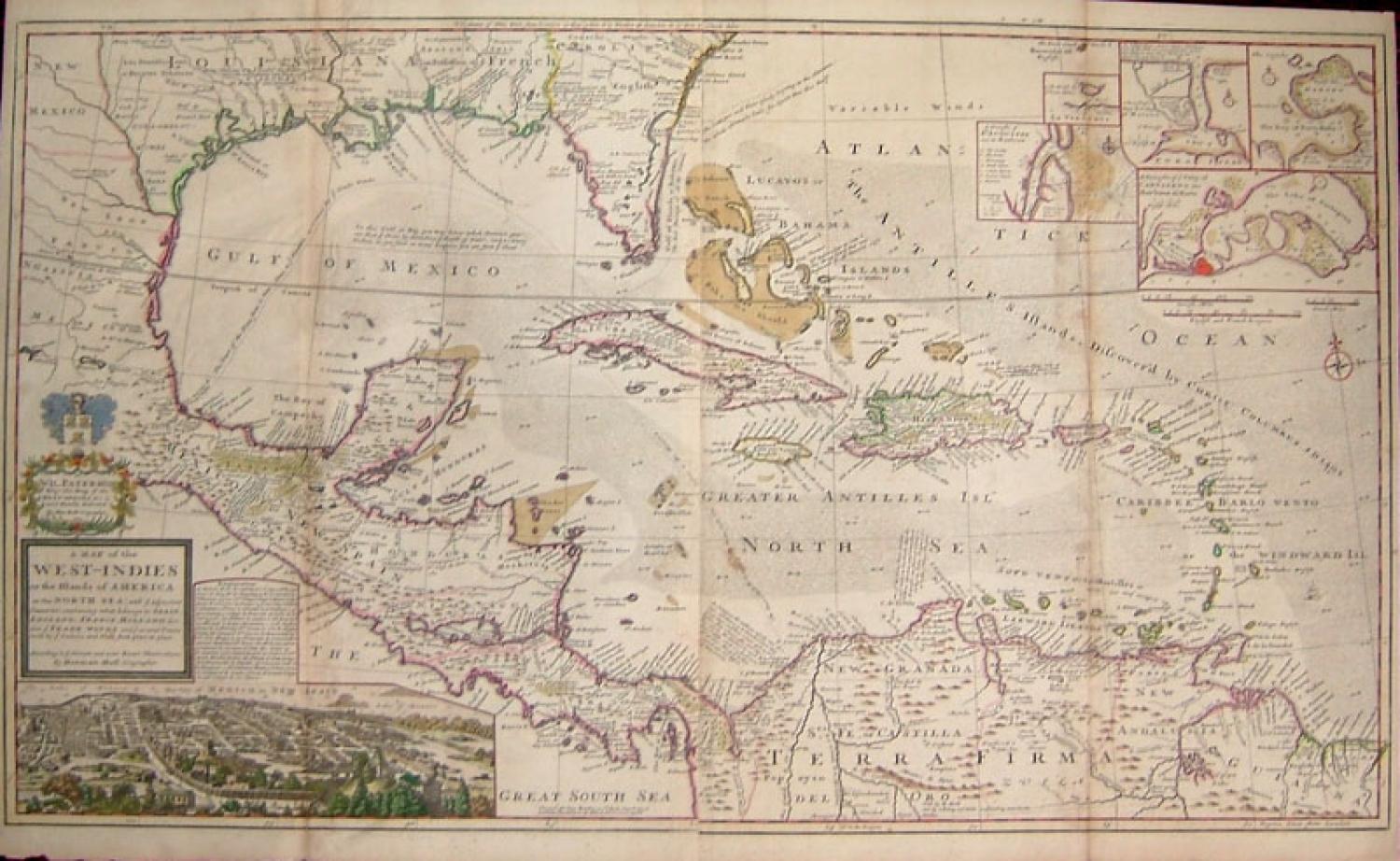 SOLD
Title: 'A Map of the West Indies or the Islands of America in the North Sea; with ye adjacent Countries; explaining what belongs to Spain, England, France, Holland &c. Also ye Trade Winds, and ye several Tracts made by ye Galeons and Flota from Place to Place" '. Published by Thomas and John Bowles.

A large chart full of information that is characteristic of Herman Moll. The map itself extends west to include the Rio Grande, south to northern South America, east to include all of the Caribbean including the Leeward and Windward Islands, and north to just show Charles Town. The rich silver mining area of Caouila (Coahuila) is shown in New Mexico. Louisiana occupies the entire Gulf Coast and is noted as being in Possession of ye French. Florida is depicted in the triangular form and is called the region of Lakes, Morasse's and Broken Land. Georgia extends west to the Apalaxy River and is labeled Carolina - English. Texas is not named, but the region is labeled Quelameloueches and is a Country full of Beeves. This region extends to name New Mexico, which itself is above New Leon in northern Mexico. An interesting notation describes the route used to transport cannons to Acapulco. Many details in the sea and Gulf of Mexico relate to the routes of Spanish galleons and there are many other notes on the Trade Routes to Spain. The lines of longitude show the number of hours difference from London. Includes a large inset of Mexico City and five smaller insets detailing Havana, St. Augustine, Portobello, Cartagena and Vera Cruz. A dedication cartouche to Wil. Paterson is topped by a coat of arms.

Two sheets, joined, as issued and in very good condition. Original colour with probable recent additions to the inset view and the cartouche.