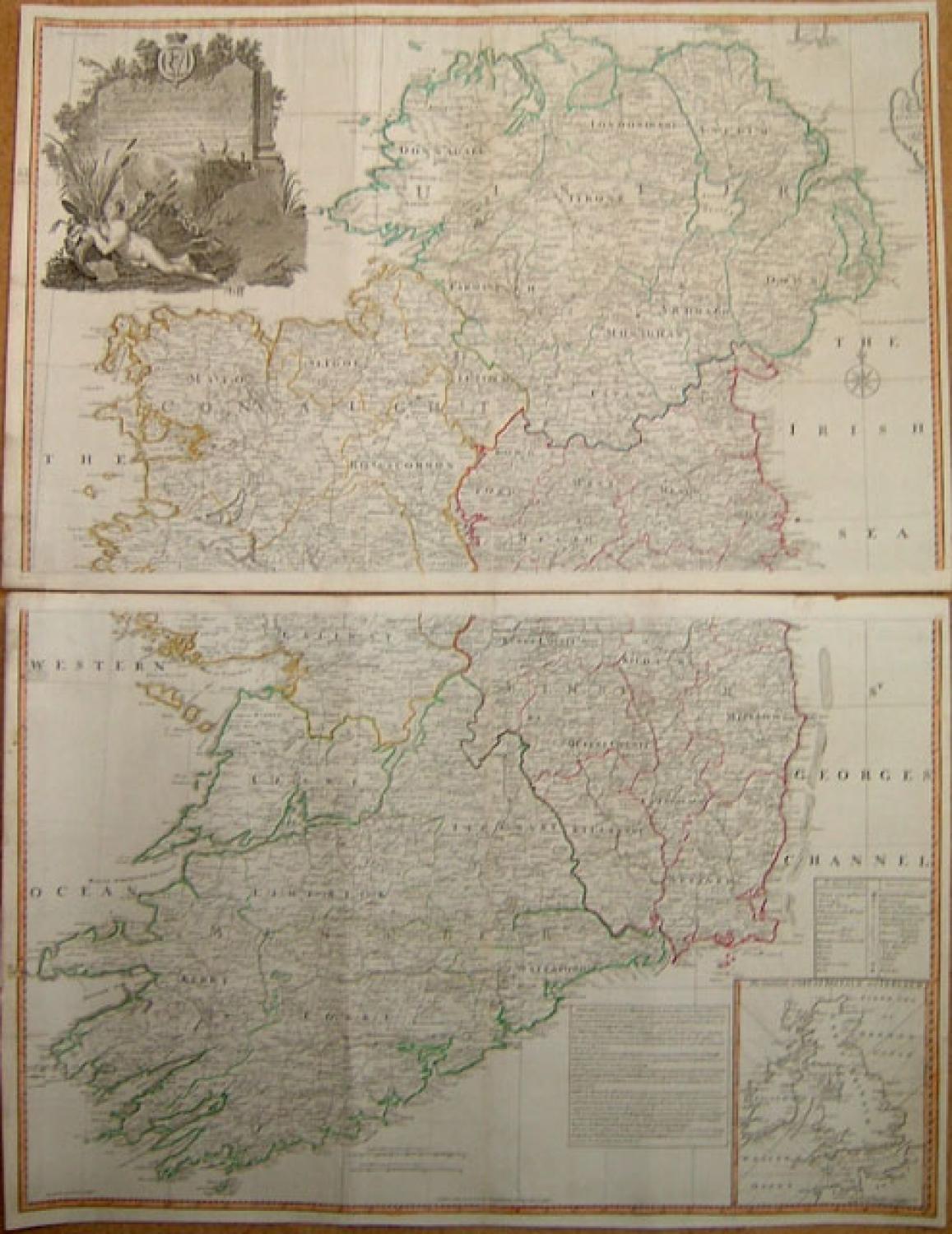 SOLD A map of the Kingdom of Ireland

SOLD
Title: 'A map of the Kingdom of Ireland showing the archbishopricks, bishopricks, cities, boroughs, market towns, villages, barracks, mountains, lakes, bogs, rivers, bridges ferries, passes, also the great, the branch, & the by post roads, together with the inland, navigation &c. by J. Rocque, chorographer to His Majesty."

Rocque was Topographer to the Prince of Wales and attained his new title after the coronation in 1760. He flourished from 1734-62. Sayer, a famous and prolific map maker, was taken into partnership by John Overton in 1745. After his death in 1752 Sayer continued on his own forming several associations until his own death in 1792. His association with Rocque began in 1753.

A handsome map decorated with many small ships at sea and a large patriotic elaborate rococco cartouche of a nude figure lying among reeds and rushes holding a churn paddle and a spilled milk pail. Inset is a chart of the sea coasts of Great Britain and Ireland. Counties in outline color. Shows classified roads with distances, etc.

In very good condition on clean paper. Only a couple of small margin tears away from the image area. An impressive map.